The unsold shares from Silver Wheaton Corp.'s billion-dollar financing are finally sitting in the hands of investors, but getting them there required the underwriters to endure substantial losses.

Earlier this month, the company, which specializes in buying royalty streams from miners, launched an $800-million (U.S.) share offering, worth roughly $1-billion (Canadian), to help finance the acquisition of a gold stream from Vale SA. The money was raised by way of a bought deal, in which a company issues equity to a syndicate of underwriters who then re-sell the shares.

Investors have been more than willing to help fund asset purchases over the past few months by buying shares in bought deals, such as Fairfax Financial Holdings Ltd.'s $650-million offering that was tied to its $1.88-billion (U.S.) acquisition of Brit PLC. For this reason, Silver Wheaton's underwriters hoped — perhaps justifiably — their deal would sell quickly, but it ran into trouble from the get-go.

As soon as word got out that the deal was struggling, investors backed away, and multiple sources said the deal was likely only one-third sold. To get rid of the remaining shares, the investment banks re-priced the remaining stock this week at a substantial discount to the original offer price.

Multiple syndicate members say they lost money on the deal, and estimates peg the losses of Scotia Capital Inc. – which served as the lead underwriter – between $5-million (Canadian) and $10-million. The investment bank could not be reached for comment.

The deal came with a 3.75 per cent commission for the underwriters, meaning $30-million (U.S.) in fees were originally up for grabs. However, because the clean-up price was so low relative to the first offer price, these fees have since been eaten up – and then some.

To a few investment bankers, it's somewhat puzzling that the deal didn't sell. A number of other bought deals launched over the past few weeks seemed riskier, particularly those for energy companies that are subject to wildly volatile oil and gas prices. Silver Wheaton's financing, meanwhile, had a rational use of proceeds – to fund an acquisition.

However, people familiar with the deal noted the initial sale price didn't offer enough of a discount – just 3 per cent. (Bought deals are typically sold at discount prices to lure new investors.)

There also were fears among investors that the returns Silver Wheaton will receive on the new stream aren't that high. If so, it could mean the company will have trouble acquiring profitable streams in the future.

It is easy to single this deal out and highlight how much it hurts the underwriters. Though it stings, there have already been a number of large offerings this year that have delivered large fees to Bay Street investment banks and legal advisers. Examples includes Bombardier Inc.'s nearly $1-billion share sale and Encana Corp.'s $1.25-billion stock offering.

Still, this experience serves as a reminder that underwriters must be careful when handling resource deals. After deals such as Baytex Energy Corp.'s recent $500-million share sale saw heavy demand, prompting the company to increase the size by $50-million, a sense of invincibility can take hold. Consider the Silver Wheaton trauma as a speed bump of sorts.

It also highlights the persistent risks when selling mining stocks. Big energy share offerings have mostly fared well this year, but a number of their mining equivalents have suffered since the metals rout started in 2011, including large deals by Barrick Gold Corp., Franco-Nevada Corp. and now Silver Wheaton. 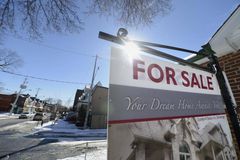 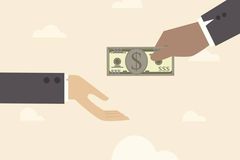