He spent his first 12 months as CEO hunkered down, slashing costs wherever he could. This year, Bharat Masrani finally came out of his shell.

In his first major public address, in December, 2014, Toronto-Dominion Bank's new chief executive warned that 2015 would be full of change. He wasn't exaggerating – the lender took two massive restructuring charges totalling $686-million last year, and they put employees on edge. Here was the so-called friendly bank acting a little ruthless.

As they slashed, the bank's executives said very little about future plans. Yet investors and analysts knew the strategy was only temporary, which left them wondering what kind of bank Mr. Masrani would eventually build. A growing list of major moves by the new CEOs installed at rivals Royal Bank of Canada, Bank of Nova Scotia and Canadian Imperial Bank of Commerce only fuelled the curiosity.

Finally, the uncertainty is lifting. Piece together Mr. Masrani's actions this past year – his executive changes, his own words, his proposed acquisitions – and they paint a pretty clear picture of what he envisions: A bank better geared toward capital markets; more focus on wealth management; and a bigger North American footprint.

Executive turnover is expected whenever a new CEO takes over, and it's often healthy, but Mr. Hockey ran the division practically arm-in-arm with TD's former chief marketing officer, Dom Mercuri, and its former head of retail branches, Tom Dyck. All three men are now gone, which means the turnover goes down a few rungs on the corporate ladder.

It isn't yet clear what the new Canadian banking strategy will be. Teri Currie has taken over the division, which contributes 60 per cent of TD's total profit, and she hasn't said much.

What we do know is that Mr. Masrani wants to expand in wealth management – which is technically part of the Canadian banking arm. "We fully expect to capitalize on 'a decade of wealth,'" he told the crowd at the bank's investor day last year, referring to the growing industry belief that the Canadian banking lending boom is giving way to a new era driven by fees from retirement and wealth planning.

Knowing this strategy, TD's interest in buying independent brokerage Richardson GMP makes much more sense. Still, a successful deal would mark a major change. Mr. Hockey, the former Canadian banking head, used to preach that the branch network was the best way to distribute wealth-management products, because it made the most economic sense – buying RGMP would mean adding costly independent adviser offices.

The acquisition would also represent a strategy shift. RGMP manages $30-billion in client assets, but it caters to high-net-worth customers. TD has long positioned itself as the bank of the people.

As for Mr. Masrani' s goal to beef up the bank's capital market division, this too seems to counter TD's recent past. Recall that in the midst of the financial crisis, former CEO Ed Clark gleefully went on American TV to boast about being a boring retail bank.

Never forget that Mr. Masrani was chief risk officer when TD abandoned the mortgage-backed securities market in 2006, long before it felled so many global peers. Many of the bank's traders hated him for it, as he told me in 2014, but it just didn't fit his risk profile and the returns weren't worth it.

Lately the CEO's cross-border strategy is getting the most love. It's easy to think of TD as two separate banks – one in Canada, the other in the U.S – but Mr. Masrani wants to reframe the way we think of it. "One thing that has changed about TD over the last few years, and that we are very proud of, is that we are becoming much more North American," he said in September.

It's hard to grow market share in Canada, so building a North American bank largely means expanding in the United States – which is precisely what happened this week when TD teamed up with TD Ameritrade to buy Scottrade for $4-billion (U.S.).

This U.S. focus isn't something new for Mr. Masrani. He moved to Maine shortly after TD bought Banknorth, in 2004, and he quickly became the former CEO's eyes and ears in America, shepherding the blockbuster acquisition of Commerce Bancorp in 2008.

That history is important. He isn't refocusing the bank so much as he is doubling down on a strategy that's been cooking for more than a decade. 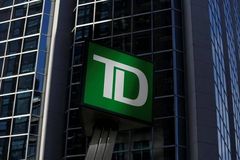