When E.F. Hutton talks again, will Canadians listen? A group of finance veterans is hoping the answer is yes, as they look to bring the long-retired brand back to Canada as part of an ambitious plan to create a new brokerage.

The group behind E.F. Hutton Canada Holdings Ltd. aspires to create a business big enough to compete with bank-owned firms such as Royal Bank's RBC Dominion Securities and Bank of Montreal's BMO Nesbitt Burns, but history and the state of the brokerage business are likely to be significant roadblocks.

A big part of the pitch is based on the residual strength of the E.F. Hutton name. E.F. Hutton was one of the most visible brands in the brokerage business some three decades ago, in part because of advertisements famous for the slogan "When E.F. Hutton talks, people listen." But the company eventually disappeared inside the colossus that is now Citigroup Inc., and the brand vanished.

That changed last year when a group in the U.S., including a grandson of the original E.F.Hutton, took control of the name with plans to reboot it. Now a collection of Canadian brokerage executives have purchased the rights to the name for this country, and are seeking to create a network of advisers to wealthy people that would stretch coast to coast. They plan to open the business this summer, according to marketing documents obtained by The Globe and Mail.

"It's a name that will still resonate among some people in the financial industry and a few investors, [but] I don't think you could say it's a household name any more," said Dan Richards, a Toronto-based investment industry executive whose firm helps advisers communicate with clients.

The backers of Hutton in Canada include Wayne Fox, the chairman of TMX Group Inc., as well as Dennis Dewan and Dan Geraci, veterans of Midland Walwyn, once one of Canada's biggest independent brokers before being sold to Merrill Lynch. Mr. Fox is slated to be chairman, while Mr. Dewan and Mr. Geraci would be co-chief executive officers.

Their goals are lofty, especially given the state of the market for brokerage firms. The five-year plan for the Canadian business talks of the potential to open offices in 25 cities, with 337 advisers with an average of $100-million apiece in assets, according to the marketing documents. That would equate to almost $34-billion in assets.

No independent brokerage start-up in recent memory has even come close to reaching that size, and not for lack of trying. Independents such as Wellington West and Richardson GMP have managed to make it past $10-billion, but it hasn't been easy. There are only so many big brokers in Canada, and their current employers fight hard to keep them.

Mr. Richards said he was "skeptical" of a start-up's ability to reach such a size in such a short time.

The goal, as it always is with brokerage start-ups, is to lure high-performing brokers with big books of client assets away from banks that dominate the market. The knock on banks is that they provide big brand support, but are not the most fun places to work. Would-be competitors usually try to offer a combination of higher pay and a chance to own a stake in a new firm, which some day could be sold for a big payday.

"We do not mean to in any way understate the difficulty of doing what others have long tried to do," the marketing documents state, but the business model should appeal to brokers and "the time is right."

In fact, the market for brokerage firms is very rocky. Firms that specialize in managing money for individual Canadians are struggling to make money. Clients have been trading less, and interest rates are low, depressing revenue. At the same time, costs for compliance systems demanded by regulators are rising.

On top of that, competition for high-level brokers has resulted in firms paying out more and more money to keep or retain advisers, further hurting profitability. Hutton's business plan is likely to exacerbate that trend. Hutton's plan is to create a royalty system that would enable it to funnel more cash to advisers. 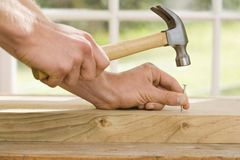 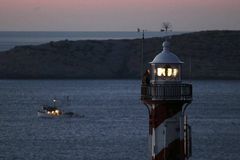 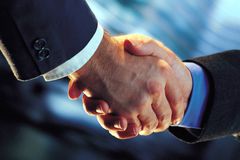