Canada's clearinghouse for short-term interbank lending is up and running, but not drawing enough interest to do what it is supposed to do by protecting the market in a crisis.

Fixing that will require finding a way to get pension funds to use the year-old repo clearing system, something that the clearinghouse's operators are now working on doing.

Bank of Canada deputy governor Agathe Côté said in a speech Tuesday that about 10 to 15 per cent of repos are cleared through the central clearing system.

"This is all to the good, but not enough," she said. In fact, she said that level of participation is "not nearly enough to ensure that the markets remain open in times of stress."

Big banks and other securities dealers are joining the Canadian Derivatives Clearing Service, she said, but that only solves half the problem. Both parties to a repo trade (which is a short-term agreement for the purchase and later resale of an asset) must be members. And in Canada, that rarely happens.

The hurdle is that pension funds and government treasury departments are big users of the repo market, but they are wary of joining a standard clearinghouse model, said Glenn Goucher, president of Canadian Derivatives Clearing Corp., a TMX Group Inc. unit that runs the repo system.

Getting them onside would help push usage over 50 per cent, but that involves changing how the clearinghouse handles risk.

Currently, the model is a standard one. If a member can't make good on its trades, the clearinghouse turns to the margin that was posted to make up any losses. After that, if there are still losses, surviving members share the cost of making good on the trades. But pension funds don't like the idea of putting depositor money on the line, and governments feel the same way about taxpayers' money, Mr. Goucher said.

"If they were just customers they would not be exposed to that loss," said Mr. Goucher.

Having governments and pension funds clear through a current member does not work either, because that would concentrate too much risk.

So the plan is to come up with a new model, and CDCC and the Investment Industry Association of Canada, a backer of the clearinghouse, have just come back from a roadshow pitching the idea to pension funds.

Instead of joining as loss-sharing members the pension funds would instead be forced to put up more margin up front to trade.

"We are trying to develop a class of membership just for repo that allows these entities to participate directly in the repo market as a clearing member, without being exposed to that mutualized risk component," said Mr. Goucher.

Now, the issue is selling the idea to governments and pension funds that are not used to having to post extra margin. The pitch is that it's like an insurance policy – there is a cost but boy are you glad to have it if someone defaults on the other side of a repo trade.

"Funds that are more advanced, understand and get the benefits," said Mr. Goucher. "A lot of participants get that it's an insurance policy, to make sure that the funding markets remain robust when there's global stress." 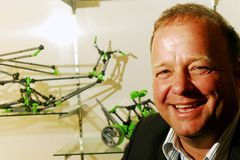 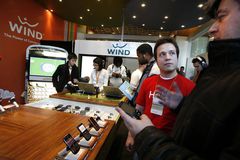 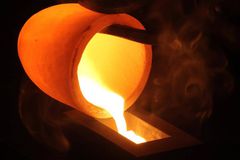