And traders thought October, 2014, was ugly.

Last fall, fixed-income specialists watched in horror as the market gyrated wildly, sending bond yields plummeting. Benchmark issues fell 20 basis points in a matter of days, only to rebound by roughly the same amount. It all transpired in a couple of weeks, and for a market that would typically fret over a 10-basis point move, this was far too much to take. (A basis point is 1/100th of a percentage point.)

What's unfolding today is arguably even worse, at least when measuring the magnitude of the market swing. At the start of February, the 10-year Government of Canada bond yield had fallen to 1.23 per cent; three months later, it's back to 1.82 per cent.

A 60-basis-point swing is scary enough – but what's worse is that no one can even pinpoint why buyers and sellers are so frantic. There are fears this could be the new norm.

"You shake your head and you wonder if this is what we're in for, for the next five years," said fixed-income portfolio manager Barry Allan, who runs Toronto-based Marret Asset Management. "I think you'd be foolish to rule out that we might be entering a period of extraordinary volatility."

For investment banks, market moves can be a good thing. As clients reposition their portfolios, they call traders to execute their investment ideas. But when markets are this unpredictable, no one knows what to think, which can keep investors on the sidelines. Depending on their investment mandate, some portfolio managers may even abandon fixed income altogether. As for corporations, good luck to those trying to price a bond deal in these markets.

The fixed-income world has theories about what's causing the turmoil, but there's no certainty.

More broadly, however, some are attributing the swings to the end of quantitative easing in the United States. When the U.S. Federal Reserve Board was buying a boatload of bonds, traders knew there was a guaranteed bid. That's no longer the case.

Portfolio managers also continue to make one-way bets. Earlier this year, when the expectation was that the euro zone was headed for another debt crisis, many investors went long the greenback, short the euro, and long German bonds. That trade is now being unwound, but getting out isn't as easy as it used to be – big global banks face new regulations that limit them from acting as market makers, which was a key source of liquidity. The heads of Prudential Investment Management and JPMorgan Chase & Co. have both recently raised this as a major concern.

That sure is a problem, but it was silly for everyone to try boarding the same train. Hardly anyone looks long-term, because managers report quarterly returns and are paid based on annual performance – and that's what's been driving these ridiculous trends.

Rather than give in to the herd mentality, managers should use it to their advantage. "I welcome that," said Paul Gardner, a portfolio manager at Avenue Investment Management. "You can make money off foolish money."

This recent turmoil is especially eerie because bond yields are soaring, yet North American stock markets remain stable and credit spreads are mostly unchanged. Still, that doesn't signal that these are end times. Central banks have been mostly cautious, offering the market loads of warning before they make their moves. (Canada's own Stephen Poloz is a notable exception.) And it's not as though something as serious as the repo market is breaking down.

"We're far from being in panic mode yet," said Leith Wheeler's Mr. Homsey, who added that bond yields saw a similarly wild swing during the "taper tantrum" that started in May, 2013.

If some people lose their shirts in this market, maybe it's their own fault for following the herd.

The bond market is signifying a painful road ahead for shareholders Subscriber content
May 15, 2018 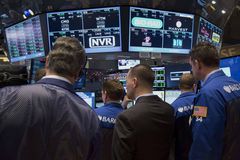 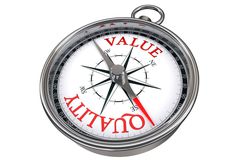 Don Coxe: It’s time to rethink the bond market before it’s too late Subscriber content
May 15, 2018 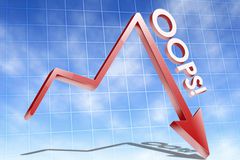