A change to the way Canaccord Genuity Group Inc. distributes bonuses has sparked opposition from some key members of the firm.

Canada's largest independent brokerage is asking some of its senior employees to commit to staying with the company for the next year in order to receive their fiscal year-end bonuses, which are due in the next few weeks. Employees who leave within 12 months would be required to pay back the bonus, according to people familiar with the matter.

A group of core bankers has opposed the changes, according to sources.

Dan Daviau, Canaccord's chief executive officer, declined to comment, citing a blackout period ahead of the company's quarterly financial results, which will be released June 1.

According to sources, the bonus policy affects between 30 and 40 senior investment bankers, traders and analysts at the director and managing director level whose compensation exceeds $500,000 a year.

The bonus stipulation would be a rarity on Bay Street.

"I've never heard of that," said Chris Shaw, managing director of investment banking at Cormark Securities Inc., an independent brokerage. "We pay out our bonuses quarterly, and there's no restriction on that bonus. If you want to leave, you can leave. You don't have to give that bonus back."

David Fleck, a partner with Delaney Capital and former head of sales and trading at BMO Nesbitt Burns Inc., echoed that sentiment. "I've not heard of a clawback on cash, unless you've done something for cause, or something illegal," he said.

Senior capital markets employees at Canaccord, like many boutiques, earn the bulk of their compensation from bonuses, with a marginal amount coming from a fixed salary. The independent also pays some of its employees roughly 20 per cent of their pay in restricted stock units that vest over three years.

The change in policy comes after Canaccord has seen some of its biggest "producers," such as Phil Evershed and Barry Goldberg, leave over the past 18 months. In February of this year, the firm laid off 7 per cent of its staff. In its last quarter, the firm lost $346-million, its biggest loss ever as a publicly-traded company.

Mr. Daviau, who took the reins as CEO last year after the sudden death of long-time chief Paul Reynolds, was a beneficiary of the old bonus system. In 2015, he received a cash bonus of $8.6-million, among the highest ever paid to a Canaccord banker. This year, much of his compensation is expected to be in the form of restricted share units.

Historically, Canadian investment banks have had problems with retention, with some bankers leaving for competing firms shortly after receiving year-end cash bonuses.

In the early 2000s, in an effort to keep their top performers, bank-owned dealers began paying a portion of staff's compensation in shares that vest over a number of years. That structure, which gives bankers an incentive to stay with the same firm, has since become more prevalent at the bank-owned dealers. The independents have for the most part stuck to the predominantly-cash bonus model.

Canaccord is one of the few boutiques that grants stock units to some staff, but it rarely tends to be more than 20 per cent of compensation. At bank-owned dealers, 50 per cent is not uncommon, according to a veteran banker. 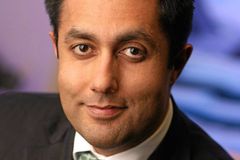 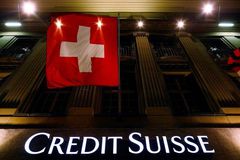 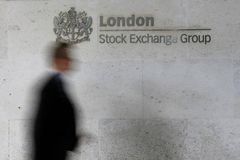