Canada has become a promised land for activist shareholders, with battles cropping up at a quickening pace. But is that a good thing that shows boards are being held to account, or a sign that overly restive shareholders are distracting companies from their real business with constant uprisings?

That was one of the big questions addressed by a panel Tuesday that brought together some of the leading players in the activism business (and one journalist, as the author was the moderator). The panel, set up by Canada's Venture Capital & Private Equity Association, could not have been more timely: big proxy battles at Agrium Inc. and Rona Inc. hit the headlines in the two weeks prior.

The rich pickings for activist shareholders in Canada, as well as a set of rules that enable shareholders to stir the pot, have made Canada the "land of milk and honey" for activists, Wes Hall, head Kingsdale Shareholder Services Inc., a firm that aids companies that are in proxy fights.

His figures show more proxy battles taking place in Canada in recent years than in the much larger U.S. market. Does that mean there is more shareholder activism? Not necessarily, argued Alex Singh, general counsel at West Face Capital, one of the most prominent Canadian money managers that uses activism as a tool. His view is that more activism is making it to the public sphere than in past years, when problems might have been settled in a quiet negotiation between a grumpy investor and the company.

So how do companies avoid being surprised by an upset shareholder going public with a proxy battle?

Given the focus on Canada, boards need to be prepared. One of the ways to do that is ensure that they know their shareholders well by engaging them. Don't leave it to the executive team, because shareholders that are unhappy with the chief executive are unlikely to say it to the CEO's face. And even if they do, what are the chances the CEO will pass the message on to the board? Panelist Stephen Erlichman, head of the Canadian Coalition for Good Governance, pointed out that his organization regularly sets up meetings between investors and companies, but does so with an explicit requirement that no executives be present.

Say none of that works, and a fight is unavoidable. A board wakes up one day to a headline saying a shareholder plans a proxy battle. At that point, the best thing to do is not to react rashly, said William Orr, a partner at the law firm Fasken Martineau, who advised the board of Canadian Pacific Railway Ltd. on its fight with Bill Ackman. Board members may not like what the activist has to say, but they need to listen and see if it has some merit.

So is all this activism good for Canada, and its markets?

The reaction was mixed. Mr. Singh pointed to the value that a good activist firm can create. Mr. Hall noted out that there are lots of well-respected firms that can create value, but plenty of activists that do not.

Mr. Orr concluded that boards that are more self-aware and concerned about being open to shareholders have to be a good thing. 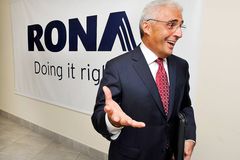 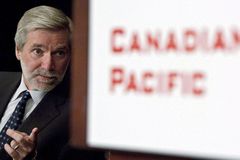