A low loonie is supposed to curb Canadian acquisitions abroad. It's not happening.

Despite the dollar's woes, domestic buyers showed an incredible appetite for foreign deals in 2015 – and we should expect that to continue this year.

The total value of all mergers and acquisitions involving Canadian companies and funds hit roughly $280-billion (U.S.) last year, according to Thomson Reuters. Of those, about 80 per cent were outbound, meaning that Canadian buyers were active abroad, rather than foreign buyers hollowing out our domestic champions.

We can thank our patient acquirers – the likes of Brookfield Asset Management Inc. and Ontario Teachers' Pension Plan and Caisse de dépôt et placement du Québec – for this. Because they take such long-term views, they are not so worried about short-term currency moves. About half of all outbound deal flow last year involved them in some form or another.

That will probably keep deal flow elevated again in 2016. "I think that pattern continues, and probably accelerates" this year, Darryl White, head of BMO Nesbitt Burns Inc., said at an informative panel hosted by Torys LLP. "The outlook is resoundingly positive. I don't think I'm out on a limb here saying the chances of 2016 outpacing 2015 are very high."

This year, there's a good chance that there will be more domestic activity. Last year, only 7 per cent of mergers and acquisitions was inbound – meaning foreign buyers acquiring or selling here – but the low loonie will probably make sovereign funds and corporations at least take a peek.

Even Brookfield Asset Management, which has 90 per cent of its assets outside Canada, is intrigued. "For the first time in a long time, there will be opportunities to work [in Canada] in a more significant way," chief executive officer Bruce Flatt said at the panel. "We actually think Canada, given where the dollar is, is a very attractive place to put money today."

A resource price rebound would really turn the dial. The downturn did not suppress total deal flow last year – traditionally resources have accounted for 40 per cent of M&A deal flow here, and last year they made up only 15 per cent – but 2015 might be more of an anomaly.

Don't expect much from mining. Barrick Gold Corp. chairman John Thornton said metals investors have been through the wringer and their message to companies is one of caution. "What they say, which I think makes complete sense, is just do what you're doing – and do it really well," he said, referring to most miners focusing on their best mines, keeping operating costs low and fixing their balance sheets.

Energy is the big question mark. Most people expect a surge in deal flow – but the timing is tough to predict. "It's not a matter of if; it's a matter of when," BMO's Mr. White said.

Based on the data BMO sees, he predicts that oil price equilibrium could be as far as five quarters away. Until that happens, buyers are rather gun-shy.

The past should serve as a pretty good guide on this. "Every single time this has happened in history," Mr. White said, referring to a precipitous drop in commodity prices, "it results in an M&A cycle." 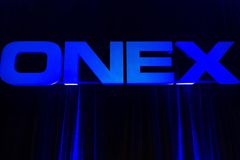 A calm before the Canadian mergers and acquisitions storm?
Subscriber content
January 8, 2016 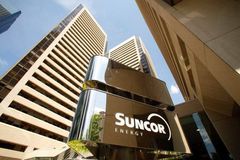