Canada's largest insurer by market cap is in the Ontario Court of Appeal this week to respond to arguments made in a class action lawsuit brought on behalf of 8,000 Barbadians, demanding $81-million plus interest. A lower court ruled in favour of Manulife in the summer of 2012.

The appeals court decision could have long-term implications for other companies moving from a mutual structure to a company owned by shareholders. In Canada, there is a relatively high number of property and casualty insurers structured as mutuals, all of whom will be watching this ruling carefully.

The Court will consider whether an insurer must protect the future interest of policy holders – a concept called "duty of care" – when a demutualization is on the horizon.

"We're going to say to the court of appeal, 'You should recognize a duty of care in this circumstance so that it is a deterrent,'" said lawyer Paul Pape of Pape Barristers Professional Corp., one of the lawyers acting for the Barbadians. "You want to curb this behaviour… because as matters stand now, the strong can trample the weak."

In 1996, Manulife made its exit from Barbados, where it had operated for nearly a century. It sold its policies and business to a company called Life of Barbados, and policy holders lost their ownership interest in Manulife.

Three years later, Manulife demutualized, converting from being an insurance company essentially owned by its policy holders, to hitting the stock market with a $2.5-billion initial public offering. In 1999, it doled out about $8.3-billion in cash and shares to policy holders as a result of this process, but the severed Barbados business received no part of that.

In 2002, a class action lawsuit was launched on the policyholders' behalf. The lawsuit, led by well-known class action lawyer Harvey Strosberg, alleged that Manulife knew when it sold the Barbados-based business unit that it would be demutualizing, yet did nothing to compensate policy holders in advance of the future payout. The policyholders argued that they were deprived of their share of the profits.

Ten years later, Justice Frank Newbould of the Ontario Superior Court found that Manulife had no obligation to prevent unreasonable harm to the plaintiffs (duty of care) and that Manulife was not liable. The court is now preparing to hear the Barbadians' appeal of that ruling.

The legal rules governing mutual companies are ill-defined, Mr. Pape said, which will present challenges . He expects the biggest of these to be the general reluctance of the courts to create new duties of care, which burden companies with legal requirements. "This is arcane and thorny," he said of the legal ground. "It's difficult for judges."

Manulife declined to comment on the proceedings, but in papers filed with the Court of Appeal the company called the case against it "ill founded."

Manulife said in its documents that the appellants are asking the court to approve an unprecedented duty of care. It said such a duty would call for Manulife to have protected the "uncertain future financial benefit to which the Barbados policy holders had no contractual or statutory entitlement…" And that responsibility would come at the expense of Manulife's remaining and future policyholders, Manulife said.

Board Games 2013: The best and worst governed companies in Canada
The rise of the miserable Canadian homeowner 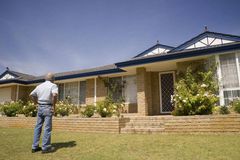 Manulife to expand in Malaysia through deal for MAAKL Mutual 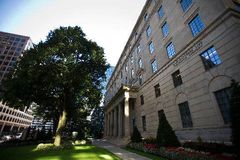