Mr. Rosen worked with technology and life science companies across Canada over the past 17 years as the Toronto-based senior vice president and regional managing director at Comerica, which is based in Dallas. Comerica and California-based Silicon Valley Bank rank as the most significant U.S. lenders doing business in Canadian tech circles.

At CIBC, Mr. Rosen will be managing director. Prior to joining Comerica in 2000, he spent four years at Deutsche Bank Canada.

CIBC pledged it would expand the resources it devotes to early- to mid-stage tech companies when it acquired Wellington. The unit's focus is providing advisory services and capital to growth companies. 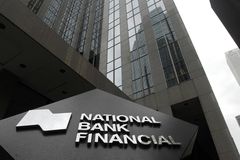