Earlier this week we wrote about the growing presence of mortgage investment corporations. Although the original piece wasn't supposed to be negative, Timbercreek Asset Management wanted to weigh in. Rather than have a debate behind closed doors, we thought it was worthwhile to air out both sides arguments in public, and then let readers decide.

To refresh your memory, MICs offer unconventional short-term mortgages, often at floating rates. A typical borrower might be someone who owns a multi-residential property owner and needs short-term cash for construction.This unconventional type of lending has long existed, but in the past few years, MICs have raised more money by opening themselves up to retail investors. This crew has gobbled these products up because MICs offer juicy yields, often in the range of 7 to 8 per cent.

None of that was contested. However, Timbercreek took issue with the claim that the mortgages it underwrites are riskier than anything a bank would lend out. Their argument: "We have delivered stable returns in the MICs since inception and have not had any impairments to date – so I do not understand how you came to this conclusion..."

No doubt, Timbercreek's portfolios have held up. There haven't been any loan loss impairments in either of its MICs, and one of them is four years old.

Still, past performance does not dictate future risk. Timbercreek and its peers can offer investors high yields because the interest rates they charge on their mortgages are as high as 12 per cent. In part, Timibercreek gets away with this because big conventional lenders can't be bothered to devote the resources to short-term loans -- they make enough money as is. But in finance, return is always correlated with risk. If the banks could make 12 per cent on a completely risk-free loans, they would do it all day, no matter how short the lending terms were.

Timbercreek counters, saying that the return they offer to investors is reflective of the risk they take on. Here's where we agree to disagree. I've read through the prospectus for their main fund. There is very little mention of risk. And I know that the funds are marketed as extremely stable investments. The firm has the right to say this because it's past performance has been solid, but I think retail investors should be told what lies between those marketing lines.

Timbercreek also took issue with the suggestion that investors would be better off if the entire firm went public, rather invest in structured funds. The original post pointed out that for any structured product, investors immediately lose money because there 5.25 per cent fee is charged, most of which goes to the retail broker who got them into the fund. Timbercreek argues that had they gone public, they would have incurred IPO fees that would have been paid to investment bankers.

Again, their rebuttal is true. But there's also a difference between a firm absorbing a fee, and investors paying that fee directly out of their own pockets. Had Timbercreek incurred the costs, its cash pot would take a hit, and that could lead to paying out lower distributions to shareholders. In that case, they might have had to market an initial yield of 6.5 per cent yield instead of an 7 per cent one. You might argue that's a slight difference, but I think it's an important one.

Plus, structured funds also come with annual management fees, performance fees and trailer fees. Yes, it's true that there are hidden fees for any real estate firm, even REITs. When a REIT completes an acquisition, often the external management company takes a cut. However, if RioCan is trading at a 7 per cent yield, the investor gets the full 7 per cent. The cut comes out before the distribution. Structured funds can market 7 per cent, but really the return could be something like 4.5 pe cent.

For that reason, when Timbercreek says it has paid out "has consistently paid out at least 8% [per] year since inception and has yet to lose any of the money we have lent," I think investors deserve to know that it's not really 8 per cent. That's the yield before fees.

Finally, one last point to clarify. The MICs that have issued structured funds -- Timbercreek and Trez Capital -- both have institutional backers. So it's not as though they are trying to prey on unsuspecting retail investors. Just wanted to make that clear. 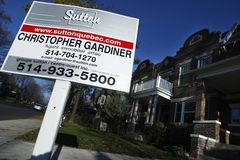 A unique way for retail investors to dabble in real estate
June 7, 2012 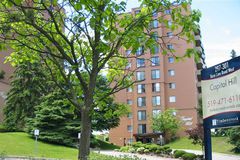