Still giddy after a revival of corporate deal making over the past year, Bay Street lawyers who advise bidders as well as takeover targets say they expect the faster pace to continue in 2015.

But some of the country's elite law firms, in the annual reports they release looking to the year ahead, also see some troubling trends for deals – shareholder activism, a "new protectionism," and limits on so-called "tax inversion" mergers by U.S. firms looking to relocate to Canada for its lower tax rate.

There's no question deals rebounded in Canada in 2014, following a drought in 2013. That year had been the slowest for corporate mergers and acquisitions since 2009, back in the dark days of the financial crisis.

According to numbers compiled by Blake Cassels & Graydon LLP in a report entitled Mergers & Acquisitions: Trends to Watch in 2015, there was $245.7-billion worth of corporate deals in Canada last year, a 40 per cent increase over 2013. Included in that 2015 total is the revival of the "mega deals" worth more than $1-billion, of which there were 51. Low commodity prices are expected to continue to create bargains for opportunistic buyers, Blakes predicts.

John Emanoilidis, co-head of the firm's M&A practice, says the past year's flow of deals won't slow down necessarily, just that companies and their lawyers will need to be careful.

"We're optimistic about 2015, there's lots of transactions in the pipeline. There's certainly headwinds ... but I think when you boil it down, with the right planning and preparation, deals will get done and we'll have another great year," Mr. Emanoilidis said.

Among those headwinds is what the Torys report calls a "new protectionism," a combination of events tipping the balance of power in a corporate takeover fights toward Canadian target companies.

For years, Canada's takeover rules regime was seen as extremely friendly to acquirers. But proposed new rules are expected to change the playing field, and make it easier for target boards to delay or block hostile takeovers. (A more radical Quebec proposal that would have potentially allowed boards much more power to block takeovers is no longer expected to go ahead.)

But Torys still concludes that despite the expected changes, the outcome of most hostile bids will remain the same.

Meanwhile, secretive "national security" reviews of deals that could involve strategic assets – including the oil sands or other "critical infrastructure" – will continue to pose risks for some proposed takeovers of Canadian companies, Torys says, noting that the Prime Minister's Office is "regularly involved in foreign investment reviews."

While rejections of this kind remain rare, Torys says foreign bidders, including state-owned enterprises, need to adopt "government and stakeholder relations strategies from the outset."

The blockbuster deal that saw U.S.-based Burger King take over Tim Hortons and move the new company's corporate headquarters to Canada, partly to avoid higher U.S. taxes but also for a variety of other business reasons, created controversy south of the border.

While U.S. moves prompted by the deal to clamp down on so-called "tax inversions" may reduce their number, deal-makers in Canada still see U.S. firms seeking to make similar moves.

Mark Adkins, a corporate and securities partner with Blakes who practises in Toronto and New York, says U.S. intentions to restrict tax inversions are not likely to completely stop American companies moving north: "Capital is smart. And it's amazing how people find a way to structure around the rules."

Osler Hoskin & Harcourt LLP's Legal Year in Review highlights a long list of legal developments in 2014 that are expected to affect the coming year, including new life given to the notion of a national securities regulator when Ottawa and five provinces announced plans for a "co-operative" new regulator in September. It remains an open question, Osler says, whether any other provinces will join the initiative.

Osler also notes recent setbacks for existing securities regulators in prosecuting insider trading, but says the Ontario Securities Commission may get its wish to be able to gather wiretap evidence in insider trading investigations under the federal government's framework for the proposed new markets watchdog. Osler also expects increasing enforcement of Canada's laws against bribing foreign officials, after a series of probes in recent years including a massive investigation of Montreal-based SNC-Lavalin Group Inc.

Meanwhile, Borden Ladner Gervais LLP's predictions for 2015 are decidedly more worrying, as the firm issued a top ten list of business risks. At the top of the list, the firm says, is cybersecurity and the risks businesses face from hackers, data leaks, and social media. Others include risks related to First Nations land claims, anti-corruption enforcement and consumer class actions sparked by an increasing number of product recalls.

What to watch for in OSC's Finkelstein ruling
Subscriber content
December 18, 2014 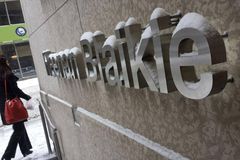 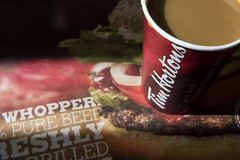