Crown Hill Capital Corp. is getting out of the business of managing investment funds, asking unitholders of its two main funds to vote on a proposal to transfer management to another company.

The decision comes 16 months after the company and chief executive officer Wayne Pushka faced Ontario Securities Commission allegations of improprieties over a 2009 deal to acquire the management rights for 13 Citadel investment funds that had over $1-billion of assets under management.

In proxy circulars sent to unit holders of Citadel Income Fund and Energy Income Fund, Crown Hill said it "has decided to exit the business of managing investment funds" and is asking investors in its funds to approve a deal to transfer ownership of the funds to Artemis Investment Management Ltd., which is an unrelated investment management firm based in Toronto.

Crown Hill's web site lists no other major line of business, so the transfer appears to represent a significant winding down of its operations.

The proxy circulars do not specify whether Crown Hill is receiving any payment for transferring the management contracts to Artemis. Mr. Pushka could not be reached Thursday for comment. His lawyer, Melissa MacKewn said she could not comment beyond the information in the proxy circular and could not elaborate on Crown Hill's reasons for exiting the business. However, she said the transfer is not related to the OSC case facing the company.

The OSC has accused Crown Hill and Mr. Pushka of acting "primarily in their own interest" rather than in the interests of unit holders over a deal to acquire management rights for Citadel funds. The OSC alleged the company arranged to borrow $28-million from its Crown Hill Fund to buy the Citadel management contracts.

The commission alleged the loan, which represented more than 60 per cent of the assets held in the Crown Hill Fund at the time, was an inappropriate use of the fund's money and was "inconsistent with the general nature of a non-redeemable investment fund." The OSC also alleged the money was borrowed and the purchase was completed before unit holders of the Crown Hill Fund were notified about a meeting to vote on approving the transaction.

The commission said the information circular for that meeting was misleading in numerous respects, including its failure to disclose the fact the contracts had already been acquired. The vote was called off after the OSC intervened.

A lawyer for Mr. Pushka and the company said last year that the OSC allegations had no merit, arguing Crown Hill had pre-approval by unitholders to do mergers, so it was not inappropriate to do the Citadel deal before informing unitholders.

The commission held a multi-day hearing on the matter earlier this year, which wrapped up in September. No decision has been issued yet by the hearing panel.

The fund, which invests in shares and bonds of major Canadian public companies, reported assets of $202-million as of June 30, which was an increase from $158-million at Dec. 31, due primarily to a $90-million warrant exercise in the first half of the year. But the warrant gains were offset by distributions to unit holders and retractions as unitholders departed, leading to a negative total return of 12.6 per cent in the first six months of the year. The Energy Income Fund, which invests in stocks of energy companies, reported assets of $63-million, up from $48-million at Dec. 31.

Unit holders will vote on the management transfer at a special meeting on Dec. 18. Fees and expenses of the funds are not expected to change, and the fundamental investment strategies are expected to stay the same, the proxy circulars state. Unit holders are also being given the option of surrendering their units for cash. 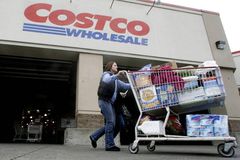 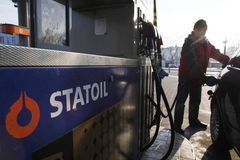 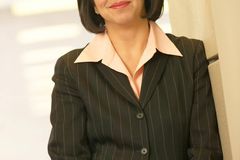