The Toronto holding company is now offering holders of its Series 4 securities a 7.5-per-cent dividend instead of the previous 6 per cent, an increase of 25 per cent, if they agree to switch to a new Series 5.

Existing Series 4 investors currently get paid an annual dividend rate of only 5 per cent but have the right to a full cash payout at par in June. For the most part, Dundee is sticking with its earlier plan to push out the retraction date on the securities by three years with a few exceptions:

Under the revised offer, investors will have the right to redeem up to 15 per cent of the value of their shares in June, 2016, and a further 17 per cent in mid-2018. Under the offer tabled in November, shareholders were being asked to wait until June 30, 2019, before redeeming anything.

Dundee is also now offering shareholders 0.25 of a warrant per preferred share. One warrant entitles shareholders to buy one subordinate voting share at $6 apiece. (Dundee shares closed at $5.74 on Thursday.)

"Since launching our initial proposal, we have learned who our larger holders are and have sought input from a broader group in coming to our revised proposal," David Goodman, chief executive officer of Dundee, said in an e-mail.

"We listened to the position of others and responded with a proposal that we believe is in everyone's best interest."

A shareholder vote scheduled for Thursday has been pushed back by three weeks to give investors time to mull the new offer.

"It seems like a fair enough offer," pensioner Brian Waring said in an interview. He bought the Series 4 shares expecting a full cash payout in the summer of 2016.

"For people like me who needed the money, it's still a bit of a bother."

Mr. Waring said Dundee is "softening the blow" by bumping up the payout though.

From the get-go, Dundee's first kick at the can ran into trouble. As The Globe and Mail first reported in early December and Dundee itself confirmed a few weeks later, institutional shareholders were not happy. The earlier 6-per-cent dividend payout offer was seen as chintzy, especially when stacked against comparable yields on securities deemed a much safer bet, such as the bevy of rate reset preferred share offerings from big Canadian banks that have hit the market in recent months.

At the time of the original offer, a prominent shareholder rights group also voiced concerns over Dundee's plan to compensate brokers who sway investors to vote yes. Dundee is keeping that plan in place. (One per cent of the value of the shares is payable to brokers only if their clients vote yes and the vote is passed.) However, Dundee has elected to drop an earlier plan to pay 1.25 per cent of the value of each share directly to investors who voted for the plan.

Preferred share fund manager James Hymas, president of Hymas Investment Management Inc., who didn't care for the original offer, doesn't like the revised offer much either – calling it "abusive" in a published note on his website, partly because of the omission of a "special retraction right" that allows shareholders to cash out under the original terms.

Two-thirds of voters need to vote yes for the exchange to pass.

The dealer hired Trevor Anderson and Neil Duffy to lead its energy banking unit, according to the sources. Mr. Anderson was previously managing director at Raymond James and Mr. Duffy had the same title at Haywood Securities.

Canaccord has been seeking to rebuild its energy banking group since July, when long-time director and global head of energy Bruce McDonald left. Story

Long-time Calgary investment banker Danny Mah has moved over to a firm that is offering what he calls a "niche" source of financing to small- to intermediate-capitalization exploration and production companies.

PearTree Securities Inc. set up shop in Calgary late last year with Mr. Mah as its managing director to bring the firm's brand of "flow-through donation financing services" to Canada's struggling oil and gas industry. PearTree Securities is a subsidiary of Toronto-based PearTree Financial Services Ltd. and has been involved mainly in the mining sector since 2007.

Amex Canada announced Mr. McClean's promotion on Thursday. He has a 21-year history with the company – most recently as senior vice-president and general manager of small business and lending for global network and international card services. Story

Saudis, oil and a major IPO: What's at stake in Aramco privatization

For decades, Saudi Arabia's gigantic oil company has been glorified for massive reserves and cheap operating costs, which give it a strong grip over global oil prices. Now, in the midst of a deep downturn for energy prices, the Saudi royal family is considering opening it up to outside investors.

The eyebrow-raising news was revealed in an interview with The Economist, during which Muhammad bin Salman, the kingdom's deputy crown prince, said he was "enthusiastic" about an initial public offering of Saudi Aramco. He went so far as to say this is "most certainly" the start of a "Thatcher revolution" for the country. Story 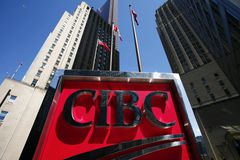 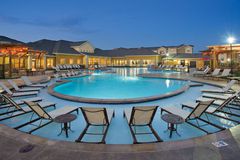