In the highest echelons of finance, accounting, law and consulting, the same perplexing question keeps cropping up: What to do about those damn millennials?

Executives and managers are baffled. It used to be that working on Bay Street or Wall Street – or in office towers in cities such as Calgary and Houston – was the hip thing to do. New graduates are increasingly questioning why they should slug it out travelling four days a week or staying at the office until midnight when they can sell an emoji app for $100-million. (Google "Bitstrips" if you'd like to feel bad about yourself.)

To help the old-timers, Goldman Sachs has offered a course called "Managing Millennials." A few months back, The Wall Street Journal reported that one of the common complaints voiced during the popular gathering is a frustration that young people like to wear headphones or earbuds while they work. The horror.

The very existence of such seminars suggests that twenty- and early-thirtysomethings are some special species. Treating millennials this way, like some sort of "other," won't do the trick. I know, because I'm one of them.

Young people aren't so different from their bosses. They've just got more options for escaping when they grow sick of the workplace inanities, which, to be honest, were things many people put up with only in order to stay in such high-paying jobs. A decade ago, the only exit routes were to places such as private equity or in-house counsel at a client; today, people can flee for a fintech startup or a venture capital fund and still make their mom proud.

On Royal Bank of Canada's fixed-income trading floor, there is still the ungodly 6 a.m. flight rule. Even if it isn't formally spelled out, the assumption is that anyone who travels for work will take the earliest flight back the next morning, so they can be back at their desks while the birds are still chirping. It applies even if you spend the prior night with clients who simply wouldn't stop partying until 2 a.m.

In investment banks, managing directors still do "drive-bys," where they swoop by some poor analyst's or associate's desk at 6 p.m. and ask for 30-page slide decks by the morning – even though the client meeting may not be for five days, and even if the client ends up reading only four or five slides. (Pro tip: Every banker brings in the same "market update." If your client doesn't already know where the S&P/TSX Composite Index is trading, you've got bigger issues.)

To outsiders, these probably seem like frivolous issues; suck it up, you're getting paid six figures. That's a very valid argument. But there's more to it.

Bay Street's most prestigious firms are largely organized by hierarchy. A new lawyer can't move from associate to partner in a few years, the same way an investment banking analyst can't jump to the director level, a three-notch promotion, in the same time frame. They've got to earn their stripes. The trouble with this horribly outdated model is that young people have proved adept at running very profitable companies – Mark Zuckerberg being the most obvious example. The hierarchy simply blocks their shine. In this disruptive economy, fewer of them are going to stick around so that they can some day, fingers crossed, get a chance to finally speak at a client meeting.

The same lessons apply to the massive personal and commercial banking arms at the Big Six lenders. Technological disruption is one of the biggest threats to Canadian banks right now, yet they are still run by forty- and fiftysomethings who rely on watching their kids to figure out where the world is moving. Want to be bold? Make a millennial a senior vice-president and appoint him or her to the executive committee that meets every week.

Certainly there has been some fear-mongering. Business-school graduates are still applying to traditional jobs in droves. Goldman Sachs just announced that it received 250,000 job applications from students globally.

I've seen the enthusiasm first-hand. Every semester, I go back and speak to business-school students at McGill University, and most still believe that the only credible jobs are in the four traditional pillars: capital markets, corporate law, accounting and consulting.

What is changing, however, is the length of time they are likely to stick around after they're hired.

To say there aren't differences between young people and their bosses would be remiss. For one, millennials crave ongoing feedback; an annual bonus isn't going to validate their self-worth.

But I promise you, we aren't slackers or some cryptic class of humans. We can work our butts off. However, insisting that we have to simply because you slaved away at our age isn't going to help. 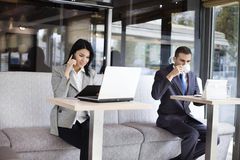 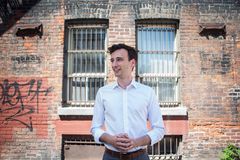 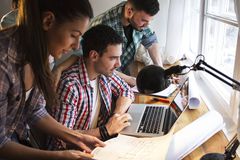