Mounting insurance costs are becoming a bigger problem for energy pipeline companies such as Enbridge Inc. as they try to protect themselves against the risk of spills. But as government regulations tighten, an industry-wide plan may be needed to protect smaller players in the industry from the costs of cleaning up.

Enbridge executives said on a Thursday earnings conference call that the company has already started to think about ways to fill in the financial gaps as regulatory scrutiny mounts.

The pipeline operator recently increased its general liability insurance from $660-million to $685-million, and would have jacked it up even higher had the price been right. But the market is generally unable to accommodate insurance claims much higher than that, and the "recent developments are not going to help that," said Richard Bird, Enbridge's chief financial officer and head of corporate development.

Such "recent developments" include the deadly train disaster at Lac-Mégantic, Que., which involved the derailment and explosion of a train carrying crude oil, for which a pipeline may have been an alternative.

But pipelines come with their own problems. In late May, Enbridge's proposed Northern Gateway pipeline was rejected by the government of British Columbia, in part because the company couldn't satisfactorily explain how it would handle the recovery efforts from a heavy oil spill on land or waters.

And Enbridge knows what it's like to have a clean-up bill that far exceeds insurable damage. The company is still dredging oil from 2010's oil spill in Michigan's Kalamazoo River – the largest U.S. onshore spill – and costs could climb higher than $1-billion. That far exceeds the $672-million pollution liability limit the company's U.S. affiliate had.

Mr. Bird said on the call that the Canadian federal government has been working towards Canadian-wide regulation that could force energy companies to set aside extra financial resources to protect against big disasters such as oil spills.

"I think there is going to be a fair amount of thinking and innovation done on different financial structures that can be put in place to provide assurance to the government and public that there will be resources to address any spill," said Mr. Bird, noting the best defence in this situation would be to mitigate the likelihood of a disaster in the first place.

These new "financial structures" could take the form of "surety bonds," which are bonds backed by a third-party guarantor, in case the debt can't be paid by the principal seller. This reduces risk for investors.

When asked by analyst Andrew Kuske of Credit Suisse whether being a bigger, better capitalized pipeline company with a strong balance sheet to handle environmental recovery and insurance costs might put the smaller companies at a disadvantage, Enbridge said it might.

Amid increased regulatory scrutiny, Enbridge's technical capabilities will be tested, the company noted, and scale will be an asset. 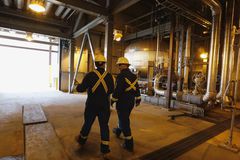 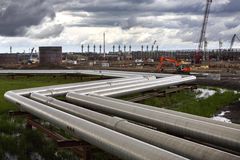 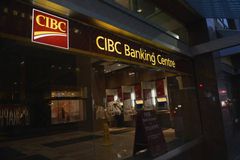