Kelt Exploration Ltd. doesn't seem to be aware there is a big slowdown in oil-patch equity financing.

Kelt, a junior oil and gas producer with an interesting pedigree, has just launched its second share offering in five months worth almost $100-million, with scads of underwriters in the deal.

This comes after a busy week in which it ratcheted up its capital budget, snapped up some assets and increased its bank credit line.

Kelt was established early this year when it was spun off in Exxon Mobil Corp.'s $3.1-billion acquisition of Celtic Exploration, and is run by Celtic's management team. The company's main operating areas are in northeastern British Columbia and West-Central Alberta.

On Tuesday, it launched an offering of 10 million shares at $8 apiece in a bought deal led by Peters & Co. Kelt is also selling 2 million flow-through shares, in which exploration tax deductions are claimed by the holder, at $9.80 each. Company insiders are taking half a million of each issue.

Total proceeds are $99.6-million, and will rise to $111.6-million if overallotment options are exercised. Either way, it gives Kelt the financial wherewithal to operate and jump on acquisition opportunities well into 2014, it said.

There are 12 other dealers in the underwriting group.

It was only last March when the company closed an issue of $94.35-million worth of stock.

Since the company's launch early March, the shares have climbed 51 per cent, and were worth $8.17 on the Toronto Stock Exchange on Tuesday.

Energy-sector equity financings have been scarce this year, due to a combination of global market weakness and homegrown worries about commodity prices and the ability of the industry to export its products. In the first three months of the year, the industry raised about $900-million, compared with roughly $1-billion a month in normal years, according to Sayer Energy Advisors. That trend extended into the second quarter, with $660-million raised in April and May.

The managers, led by CEO David Wilson, are able to attract capital during a slowdown because they proved at Celtic they can spend efficiently in times of weak commodity prices, said Luc Mageau, analyst at Raymond James.

Canadian natural gas has been hit hard in recent weeks, especially in comparison to U.S. prices, partly due to recent changes in the tolling structure on TransCanada Corp.'s mainline that have made it costly to ship supplies eastward on a short-term basis.

"These guys were one of the few gas companies that were very successful building a company through a down market for gas, and they did so with pretty good display of prudence, both on the investment and the allocation of capital sides," Mr. Mageau said. "Investors are very comfortable handing dollars over to these guys."

Last week, Kelt said it was acquiring assets beside its liquids-rich Inga gas play in British Columbia for $15.5-million, and announced a 91-per-cent jump in its 2013 capital spending budget to $147-million.

It also lifted its 2013 production target by 9 per cent to 3,500 barrels of oil equivalent a day. 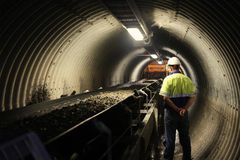