Robo-adviser WealthBar has scooped up exchange-traded funds pioneer Howard Atkinson, president of Horizons ETFs Management (Canada) Inc., to join its board of advisers.

Mr. Atkinson, who announced his retirement from Horizons late last month, will be leaving the firm at the end of this year. Although he is looking forward to taking a breather from the daily grind, he won't be putting his feet up for too long.

"I've been in this industry for almost 30 years – 16 of which were directly involved with ETFs," Mr. Atkinson said. "I accomplished the goals I set out to accomplish in the ETF industry and now I want to go out on a high when things are going really well. At some point you realize you can only contribute so much and you need to move on to some of your other interests."

Prior to his investment career, those interests were dedicated to his professional golf career in the early 1980s.

Today, Mr. Atkinson's interests have moved on to the emerging world of fintech – including digital portfolio managers, commonly known as robo-advisers. WealthBar was one of the first platforms to be introduced to the Canadian market, which now has 12 existing providers in the space.

"WealthBar is bringing a new and exciting dynamic to the investment space that democratizes the way consumers invest by offering better education, choice and transparency," Mr. Atkinson said.

"I had already done some sniffing around in the fintech space and I believe these new and emerging trends are offerings that will catch on. Not all of them will survive, but I think some of the early adopters of fintech – including WealthBar – can do quite well if they can secure some distribution."

Along with distribution, marketing support and brand recognition also play major roles in the success of a robo-adviser. With larger competitors – with powerful brands – considering to enter the space, smaller players could be affected.

Currently, Bank of Montreal is planning to launch an online offering in the coming months and Power Financial Corp. has invested up to $30-million in Wealthsimple – an independent online portfolio manager.

WealthBar has some distribution power through a partnership with Nicola Wealth Management – an investment-advisory firm in Vancouver that caters to high net-worth clients.

"We are pleased and excited to welcome such a notable figure in the investment industry to our advisory board," Tea Nicola, co-founder and CEO of WealthBar, said in a statement. "Mr. Atkinson is a prominent expert of exchange-traded funds in Canada and will make considerable contributions to the success of WealthBar and our clients."

Mr. Atkinson became one of the first founders of the Canadian ETF Association (CETFA) and was appointed the inaugural chairman in 2011 – a role he held until this past May.

For future endeavours, Mr. Atkinson said he isn't looking for opportunities that deal only in the ETF space – but also those that expand outside the product he has spent so long developing in the Canadian market.

Looking back over the past 16 years of the ETF industry, Mr. Atkinson said he expected the larger fund companies to join the industry – although he thought it would happen sooner.

"I always felt it was important for the industry to have multiple providers so that healthy competition would drive growth," he said. "But that didn't really happen until 2005. If TD had been successful when they first entered the market in 2001, I believe we would've seen other banks join the industry much sooner, along with other major competitors." 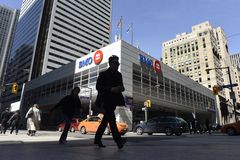