Fiera Capital Corp. is getting back in the infrastructure game with an eye on government building projects.

The asset manager said Wednesday that it would buy a portfolio of five assets using the Fiera Infrastructure Inc. group it recently created in a partnership with Canadian investment firm Aquila Infrastructure Management.

Fiera's chief executive officer Jean-Guy Desjardins has been focused on developing a new infrastructure platform for several months, predicting that many investors are looking for more exposure to the asset class due to its predictable revenues and for its protection against inflation.

The portfolio of five assets are all public-private partnership (P3) projects in Canada, worth about $400-million. That includes all of the equity ownership of Billy Bishop Toronto City Airport Pedestrian Tunnel in downtown Toronto. It also includes Windsor, Ont.'s South West Detention Centre, which can hold up to 315 inmates.

The federal government plans to spend $125-billion on infrastructure projects in the next decade, and that should further promote the asset class, said John Valentini, Fiera Capital's chief financial officer. "The aggressive P3 plan is good news for us, in operating an infrastructure fund," he said.

Mr. Valentini said Canada will be the primary target market for the fund's "social infrastructure" investments -- a category that includes affordable housing and community health care facilities. These types of P3 projects offer lower risks and lower yields -- a stability that Mr. Valentini said appeals to Fiera's institutional and foreign investors. The government plans to spend $3.4 billion on social infrastructure over then next five years.

The fund will also invest solar and wind power generation, transport and mid-market assets where competition isn't as fierce as it is for the largest toll roads and airports that the largest Canadian pension funds often bid on

By the time the deal with Aquila closes in a few months, Fiera Capital's total infrastructure asset portfolio will have $500-million of invested and available capital. The company said it plans to grow the fund to $2-billion in assets over the next five years by investing more equity in "high quality P3 projects throughout the world." The portfolio also has $700-million of infrastructure debt in a separate fund.

With this latest infrastructure platform, Fiera aims to quickly get back on track with its investment strategy. Late last year, the company was forced to exit its 35-per-cent ownership of Axium Infrastructure Inc., which invests in North American infrastructure, after hitting a regulatory hurdle. Since National Bank of Canada and Desjardins Group own portions of Fiera, it was subject to U.S. federal banking regulations that would limit Axium's investment strategy in the U.S.

Over all, Fiera Capital now has more than $100-billion in assets under management with plans to double that amount by 2020. "The firm sees the infrastructure asset class as a segment of this market which offers superior growth potential," said Mr. Desjardins, in a statement.

And he's not alone. Earlier this week pension giant Caisse de dépôt et placement du Québec hived off its infrastructure operations, creating a separate multibillion-dollar portfolio. Other investment firms such as Brookfield have been seeking investors for new funds that focus on infrastructure.

Last year, there were 46 infrastructure funds that closed globally, collecting $36-billion (U.S.) between them to invest in projects around the world, according to research firm Preqin's 2016 infrastructure report.

"People sometimes characterize it as a crowded market, so there is a lot of capital, but it is still growing," Mr. Valentini said. "Smaller institutional investors, endowments and high net worth individuals are a big part of our investors... they can't get access to these investments [on their own]."

Beyond infrastructure, Fiera has been building out its other alternative investment offerings including private credit and real estate, through its Fiera Properties group. 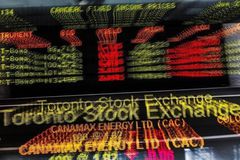 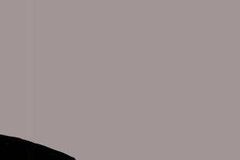