In his 14 years at GMP Capital Inc., Harris Fricker has rarely seen it this bad.

The chief executive officer of GMP is grappling with heavy losses, falling revenue, evaporating bonuses and deep job cuts in the aftermath of the commodities crash.

It's not just GMP. Canada's once highly profitable independent investment banks and brokerages are reeling amid technological upheaval and a shrinking pool of deals at a time when big banks are muscling into their territory.

"You've kind of got a perfect storm," Mr. Fricker said in an interview. "You have resources in the trough by any measure … and the long-term view on [oil] is we're looking at a multiyear supply-demand imbalance. People are incredibly bearish. Add to that there are real structural changes occurring in our business."

Shares in GMP and Canaccord Genuity Group Inc. are trading near all-time lows. Both companies have lost money in three out of the past four quarters. GMP took a particularly hard hit in the period ended Sept. 30, with a loss of $11-million versus a profit of $6-million a year earlier. GMP's energy sector investment banking revenue cratered a staggering 87 per cent year over year. The firm has cut about 9 per cent of its work force this year. Canaccord has let 6 per cent of its staff go.

The brokerage business has seen hard times before. A sharp sell-off in equity markets made 2011 a rough year. The great financial crisis that started in mid-2008 and lasted in 2009 was brutal. But this downturn has a different feel – longer, protracted and more entrenched.

"We saw a very strong recovery in the last three quarters of 2009, including the commodity sector. And 2010 ended up being quite a good year for commodities. [I'm] not sure that we'll see such a sharp reversal in the commodities sector this time around."

The current slump has already lasted about 18 months – and few are optimistic that resources will rebound any time soon.

"People's view on resources is currently that no one will ever buy another barrel of oil, or an ounce of gold, or a pound of copper," Mr. Fricker said. "We're clearly in the trough of the cycle and the aftershock of [oil] being 40 or 50 bucks. Really it's been four years of very little activity on the mining front."

Despite its job cuts, GMP's expenses have risen 6 per cent this year – primarily due to high staffing costs at its U.S. energy investment banking operation that was set up in 2013. Usually, senior investment bankers don't make a dime unless they "produce," or win business for the firm. But to attract staff, GMP made salary guarantees to its new Texas bankers. Mr. Fricker said the firm currently has around 20 bankers – mainly in Houston – on guaranteed salaries, with 10 making "material" amounts.

Two years ago, when the resource market was booming, that move seemed perfectly logical. But now, that business is costing the firm around $20-million a year, while failing to generate any meaningful revenue. Those fixed salaries will start coming off in December, but if the market doesn't improve, there are concerns bankers might not stick around.

Mr. Fricker said he isn't overly concerned about any of GMP's bankers jumping to other shops.

"We always tell people there will be fallow years to go with the great years," Mr. Fricker said. "I wouldn't say that losing people has been a real factor. Part of that, to be frank, is where are people going to go?"

GMP has made some headway in the non-resource sector through the years in areas such as technology, health care and pharmaceuticals.

"We certainty punch above our weight in the non-resource sector. Our market share is dramatically up," Mr. Fricker said.

But he scoffs at the idea that non-resource revenue at GMP could ever reach the heights of mining or energy in boom times.

"We would happily diversify the business more broadly if we felt there were sufficient non-commodity corporate targets to cover. The reality is … there aren't," he said during the company's conference call with analysts in early November.

Canaccord has a significantly stronger presence in wealth management and a solid footprint internationally, which has helped shield it from a sharp decline in revenue in Canada. The firm isn't as dependent as GMP is on resources either.

"Dan Daviau certainty has a reputation for being an outstanding investment banker," Mr. Holden said.

He's best known for almost single-handedly generating in the region of $60-million in investment banking revenue for the firm in 2014, when Canaccord landed a mergers and acquisitions (M&A) advisory role as Amaya Inc. paid $4.9-billion (U.S.) to swallow up PokerStars in the summer of 2014. (Canaccord also led a significant equity raise associated with the deal.)

The trouble is that online gambling investment banking revenue has since dried up, and Mr. Daviau is untested as a CEO. One of his first measures as CEO was to axe 15 bankers in its U.S. operations earlier this month. (Mr. Daviau declined a request for an interview.)

Part of GMP and Canaccord's travails have little to do with either firm and are problems felt by everyone in investment banking. On the trading side of the business, commissions have been falling relentlessly at all investment banks. More portfolio managers are using their own in-house electronic trading systems as opposed to dealing with a human trader at a brokerage. (The brokerage still gets a cut of the trade, but it's not nearly as much as it was in the old days.)

Post-credit crisis, margin lending has come down, slurping up another historically sweet source of revenue. And brokers make hardly any money any more on cash balances held in clients' accounts as a result of near-historically low interest rates.

These kinds of changes have forced the capital markets arms of the big Canadian banks to chase smaller deals that were once the domain of only a Canaccord or a GMP. These mid-sized players are also increasingly being squeezed out of the bigger deals.

Som Seif, a former investment banker with RBC Dominion Securities Inc., said 10 to 15 years ago, it wasn't uncommon for Canaccord and GMP to go toe-to-toe with the banks for the really big deals.

"It all came down to were you a good banker? And if you were coming up with really good innovative ideas … you could win those mandates," Mr. Seif said.

"Today, if you're not lending to them, you may not get the call at all."

In many major Canadian takeover deals, it's now common for a big bank to be the lender, the M&A adviser and the bookrunner on an associated stock offering. Canaccord and others are left with scraps.

Still, there are bright spots.

The balance sheets are in relatively good shape. GMP has no debt and it still feels strong enough to pay a dividend, which, if nothing else, helps the many employees who own shares. (Twenty-six per cent of GMP's shares are owned by employees.)

"[GMP and Canaccord] have successfully navigated difficult market conditions for many years now, have cut operating costs and have substantial financial resources behind them," Ian Russell, president of the Investment Industry Association of Canada (IIAC), said.

Mr. Seif, who has long since left investment banking (he's CEO of Purpose Investments, an exchange-traded fund company), agrees that GMP and Canaccord can recover – but it won't be easy.

"The culture here is special. And it's fun to be in this firm even during what's been, at times, not a fun cycle." 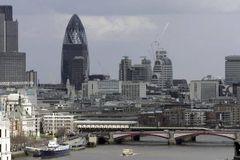 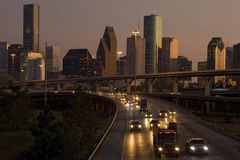 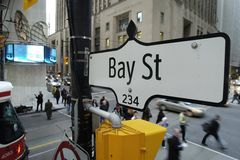