Former star stock trader Michael Wekerle is embroiled in a lawsuit with a long-time business associate who wants to push the CBC Dragon into bankruptcy.

Rohit Sehgal, a portfolio manager with Dynamic Funds, alleges in court filings that Mr. Wekerle owes him $1.38-million (U.S.) from the 2014 sale of a property in New York. He alleges that he has pursued payment from Mr. Wekerle for months and now wants him "adjudged bankrupt and that a bankruptcy order be made in respect of [Mr. Wekerle's] property."

"He has repeatedly promised to pay the [debt] and hasn't done so," said Catherine Francis, a lawyer at Minden Gross LLP in Toronto who is representing Mr. Sehgal.

Mr. Wekerle, who appears on the CBC-TV program Dragons' Den, has filed a notice of dispute, explaining that he intends to oppose the bankruptcy application: "The applicant [Mr. Sehgal] is attempting to use the bankruptcy process to collect an alleged civil debt."

"Mr. Wekerle has not committed an act of bankruptcy" and is "able to pay his debts as they become due," the notice reads.

In an interview, Mr. Wekerle said he will repay Mr. Sehgal – "a guy that I took care of for 30 years" – $1.1-million and "not a penny more" and hopes to have the matter settled by the end of the month.

The dispute dates back to 2011, when Mr. Sehgal, Mr. Wekerle and Robert Sali, a resident of Singapore, teamed up to invest in a $2.4-million condominium in New York's fashionable Tribeca neighbourhood.

According to court filings, Mr. Sehgal and Mr. Sali kicked in $1.1-million each toward the purchase price. It isn't clear how much Mr. Wekerle contributed but the property was purchased without a mortgage. The title was assigned solely to Mr. Wekerle, as condo rules did not permit joint ownership, according to court filings. Mr. Sehgal alleges that Mr. Wekerle executed a promissory note to him and Mr. Sali valued at $1.1-million each to protect their financial interests.

In court filings, Mr. Sehgal said once Mr. Wekerle repaid his mortgage, the remaining proceeds were insufficient to cover what was owed to Mr. Sehgal and Mr. Sali.

Mr. Sehgal headed to court, filing a lawsuit against Mr. Wekerle last summer and adding the bankruptcy application in November.

In an interview, Mr. Wekerle denied the allegations of bankruptcy. And he said the two had done property deals before.

"This is the second time I've carried Rohit on a property," said Mr. Wekerle. "I brought him into the property … I did all the legal work myself. I didn't charge him anything on the fees."

Mr. Wekerle rejected any suggestion that he is running out of money. "One hundred and ten per cent incorrect. A lot of people like to talk about me. And it's malicious. If I was bankrupt I wouldn't have just flown to Europe in my own jet, which was about $100,000," he said.

In December, Mr. Wekerle was unable to meet a $2.5-million (Canadian) margin call from his broker, Richardson GMP, on debt securities he holds in his firm, Difference Capital. At the time, Mr. Wekerle explained that his money was tied up in illiquid investments, stating that he was "asset rich and cash poor."

During the same interview, Mr. Wekerle said his single biggest asset was his investment in Difference, the publicly-traded merchant bank he co-founded in 2012. He owns 23 per cent of the company's common stock, valued at approximately $8.4-million. His debt holdings are worth around $8-million. Shares in Difference have lost 81 per cent of their value since the company went public in May, 2012, and most of the company's early investments have performed poorly. Difference has also suffered from a slew of departures of management and board members in the past year.

Mr. Wekerle himself will be on the move soon. On Wednesday, he said he plans to vacate his exclusive Toronto neighbourhood, partly because he's become disillusioned with all of the gossiping. "I'm in the process of selling my house in Forest Hill," he said. "The crowd around here in Forest Hill are too Chatty Cathy. I'm going to move back to Bayview and Steeles, where my mum lives." 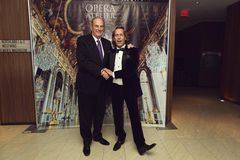 Another tough quarter for Difference Capital Subscriber content
May 12, 2018

Wekerle’s supercar goes up in flames Subscriber content
May 12, 2018 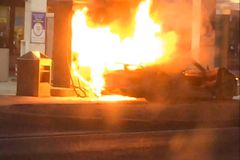