It's a tortoise and the hare tale in energy and mining, according to the top strategist at a division of  BlackRock Inc., a viewpoint that has big implications for investors and bankers in Canada's resource sector.

Energy has much better prospects long term than metals, says Ewen Cameron Watt of the BlackRock Investment Institute, and it all has to do with China. So far this year, some metals such as nickel have been very hot. Oil and natural gas, by comparison, have been rising more slowly.

"One is the tortoise and one is the hare," he said. And you know how that story ends. Metals are racing ahead, but in the end the slower gains of energy are likely to be more sustainable, he said in an interview.

What does this mean for Canada? Likely a further shift in economic power toward Calgary from Toronto and Montreal, which have long had big mining presences. Calgary already has a large and growing concentration of financial services firms, and that is likely to get stronger relative to Eastern Canada. What's more, higher energy prices, and any attendant strength in the dollar, will hold back eastern manufacturing industries as well.

Indeed, if oil does well in the long term, Mr. Watt said agricultural commodities are likely to do well too because they have large energy components in their production. That again argues for Western Canada's economic future.

Those who follow resources follow China. Blips in economic growth there can have big impacts on prices. However, over the longer term, Mr. Watt argues that energy is much less susceptible to downside from Asia.

At whatever rate at which China continues to grow, demand for base metals is going to increase more slowly because capital expenditures in the country are losing speed. And China already uses a lot more base metals such as aluminum and iron ore than the U.S., the benchmark for developed economies. In other words, growth in metals use is topping out.

At the same time, energy demand has more to do with consumers buying new cars than government megaprojects. Per capita energy use of natural gas and oil is much lower in China than the U.S., so it has much more room to grow.

Mr. Watt pointed to the 15 million to 20 million new cars that drive onto the roads in China every year.

"So energy use is rising on a more consistent basis," he said.

And if China does slow because the government stops throwing stimulus at the economy, demand for metals is going to get hit harder than energy.

That's the supply side. Living near the oil sands and the Bakken oil discoveries, and watching the North American shale gas boom, it's easy to find oneself thinking that there has been a lot of energy found.

There's another reason to pick energy. If you believe in global economic growth, the correlation between oil and gross domestic product growth is much higher than metals.

"None of this is predictive of the short term," Mr. Watt said. Long term, the tortoise wins in this story. So does Western Canada, as a centre for commerce and industry.

On the bond volatility watch

What else is Mr. Watt watching? Bond yields. More than four-fifths of global bonds – including "high-yield" debt – now yields less than 4 per cent. He gets why it's happening. Investors are reaching for yield, and there is a shortage of supply as they compete with the Federal Reserve and banks that must hold high-grade bonds to satisfy regulators. As a result, they will buy whatever is on offer.

That will continue to drive demand for corporate bonds, enabling companies to fund buybacks and mergers.

He is watching for volatility to rise. When that happens, it increases the risk of holding bonds, and accepting small single-digit returns suddenly looks much less attractive.

"For the last 30 years it has been almost continuously terrific to own bonds," he said. "You had inflation-beating returns with low volatility. That gets into the psyche, into the modelling."

In the meantime, look for more purchases of hard assets by big investors who don't want to take the chance that bond yields snap back. That should continue to drive transactions in areas such as private equity, real estate and infrastructure, he said. 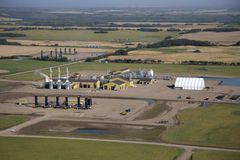 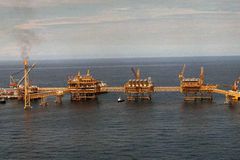 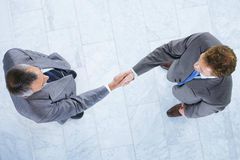