Green bonds have taken on a new sheen amid a surge in institutional investor interest and a heightened environmental focus among global governments, but the asset class is still wrestling with issues of transparency and standardization a decade after it was formed.

Issuance of this unique type of debt, sold by corporations and governments to back climate or environmental initiatives, more than doubled last year on a global basis to $82-billion, according to a new report from RBC Capital Markets. And that's poised to accelerate even further as countries such as Canada, the U.S. and China launch infrastructure building and climate initiatives. At the same time, large institutional investors including major Canadian pension funds have said that they will increasingly be sizing up their potential investment targets' climate risks, and some have growing pools of capital earmarked for green investments.

The RBC report suggests that this shift could have implications for Canada, which has been increasing its focus on environmental initiatives through commitments to cleaner energy sources, greenhouse gas emission targets and moves to price carbon pollution. The federal government's "aggressive green agenda" could pave the way for the country to become one of a small number of sovereign green bond issuers worldwide.

Despite this momentum, proponents of the green bond asset class said at the climate-focused GLOBE Capital conference in Toronto on Tuesday that there are some hurdles ahead when it comes to making this debt a mainstream financial product, even with corporate titans Apple Inc. launching a $1.5-billion (U.S.) green bond for clean energy projects last year.

"I think there's this sort of false divide between wanting to do something good and wanting to do something that makes the financial sense. We need to get rid of that and realize that green products are what makes long-term financial sense in the future," said Sarah Baker, head of North American strategic engagement at the London Stock Exchange Group. She added that the value proposition of green bonds must be clear to investors.

One barrier to industry clarity is that the definition of what exactly makes a bond green is still amorphous. While some groups have tried to quantify the "greenness" of this debt, the term still means different things to different people.

That uncertainly adds a layer of costs for investors.

"At the end of the day, when you're talking about green at the same time as you're talking about finance, you have two due diligences instead of one. Meaning that it costs more," said Christopher Flensborg, head of climate an sustainable financial solutions at Stockholm-based Skandinaviska Enskilda Banken AB, at the conference. Mr. Flensborg is as much of a veteran as can be found in the nascent green bond asset class, having worked on early issuance with the World Bank in 2007, as well as with Export Development Canada and the provinces of Ontario and Quebec more recently.

But Mr. Flensborg said his experience has been that people don't like to be told what's green and what's not – even within Canada different provinces have their own interpretations of which power sources are environmentally friendly. He said the asset class should strive for a harmonized way of communicating, rather than trying to nail down if wind assets are greener than solar. "There's going to be a lot of friction if you start telling people what's right and wrong," he said.

Still, the largest ratings agencies are generating their own types of colour wheels that measure the environmental impact of bonds, and various green bond indices have created their own criteria for inclusion.

"In 2016, from our perspective, there was more of a political push to support the green bond market and a higher recognition of environmental concerns," said Nicole Martin, senior director of global infrastructure ratings at Standard & Poor's Ratings Services, on a panel.

Ms. Martin said that green bonds have become an increasing priority for the rating agency, and she noted that more than three quarters of the bonds have investment grade ratings.

At the same time, early adopters of green bonds are now moving towards other types of green financing, says Mr. Flensborg. That includes financing green infrastructure directly. And issuers are getting more creative in their approach to new debt. He added that the Ontario government's recent move to shop among banks before it brought to market its third green bond, which raised $800-million for transportation and infrastructure projects, also showed some innovative thinking.

Ontario told the bankers "for you to be able to pitch for our green bond, you actually need to tell us why we should choose you for green bonds, not just traditional [debt]," he said. He added that such a move has the dual benefit of boosting banks understanding of green finance as they worked with environmental specialists, and also gives the government new ideas on how to bring the bonds to market. "It's the only place in the world I've seen this done, and it works," he said. 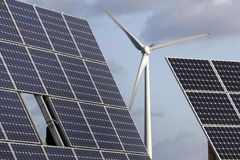 TD: Green bonds can work, but not greenwashed ones
Subscriber content
October 31, 2013 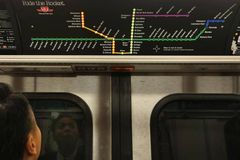 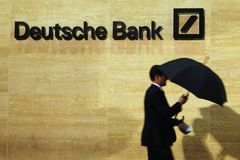