As Canada's banks move to ward off competition from digital payment disruptors such as Apple and PayPal, they now face rivals in another key business area – lending.

In the United States and the United Kingdom, companies such as the Lending Club and OnDeck Capital have emerged as major threats to traditional banks. Using these Internet-based venues, borrowers can submit loan applications and then watch as the companies find them the best rate – almost like shopping for hotels on Expedia.

Canada now has its own rival to brick-and-mortar lenders. Grouplend was started by Vancouver's Kevin Sandhu, who had previously worked in investment banking and private equity. The company matches borrowers and lenders online, cutting banks out of the process.

The seed of this business was planted a few years back, when Mr. Sandhu noticed that the pace of innovation in Canada financial services was rather slow. At first he didn't know how to seize on the opportunity, but he started wrestling with one key question: "How would you build a bank, starting with a blank sheet of paper?"

After some brainstorming, he began to develop a theory that most legacy systems in Canadian banking, including the branch network, would look much different if major lenders were rebuilt from scratch today.

Historically, banks were designed to match people looking to borrow money with people who had money to spare – often savers, in the form of their deposits. In other words, banks acted as intermediaries; they paid depositors a low interest rate, and then lent much of this money out, charging borrowers higher rates.

However, the Internet has changed the ways savers and borrowers can connect. Rather than relying on banks to do the work, Mr. Sandhu and rivals in other countries are betting that borrowers and savers will be interested in being matched online, with a third party such as Grouplend merely bringing them together.

To attract clients, Grouplend offers more than just a new avenue for borrowing – it also tells Canadians it can save them money. Because credit-card interest rates, for instance, have largely hovered near 20 per cent for years, Mr. Sandhu believes there is ample room to offer clients a lower rate, but still make a healthy profit.

At the core of Grouplend's business model is Mr. Sandhu's view that the way Canada's banks go about personal lending is outdated. The entrepreneur believes that using public information, rather than the credit history measures employed by the banks, that Grouplend can suss out the most desirable borrowers who currently pay sky-high interest rates.

Mr. Sandhu would not specify what data the company analyzes, but one example may be simply assessing where an applicant went to school, using their Facebook profile. Borrowers with higher educations often come from wealthier backgrounds – meaning they have the safety net of mom and dad – and they are more likely to repay loans.

Grouplend is also a useful tool for people looking for new ways to invest. The money it uses to dole out loans comes from institutions and high-net worth individuals who are looking for outsized returns in a world where interest rates are at rock bottom.

The company launched in October, with the full blessing of regulators – not an easy task – and has since had $8-million in demand for loans. Although that figure is small, Grouplend faces an uphill battle.

Chiefly, Canada's banks have massive marketing budgets and carry heavy clout across the country. In many ways, they are ingrained in Canadian culture. "Our biggest challenge today is education and awareness," Mr. Sandhu said.

Companies such as Grouplend and Lending Club are coming of age in an era perfectly suited to their business models – loan default rates are also at historical lows in Canada. However, if the economy turns, loan losses could spook lenders.

Too big to disrupt? Canada’s banks fight back against the likes of Apple, Facebook
December 19, 2014
Bank of Canada mulling ‘potential merits’ of issuing e-money
November 13, 2014 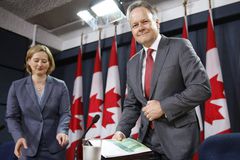 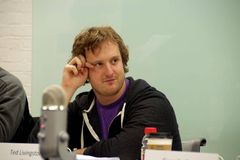