The man who sold his big mutual fund company to Bank of Nova Scotia wants to get back into the wealth management game.

David Goodman, son of Ned Goodman and former chief executive of DundeeWealth Inc., is setting out to build a brand new asset manager, marking his first major foray since selling his former company to Scotiabank for $2.3-billion in 2011.

After keeping a low profile – restricted by legal covenants that prevented him from dabbling in wealth management right after the deal – Mr. Goodman is determined to create something new within Dundee Corp., the holding company his father founded decades ago.

To make way for him, Ned Goodman is stepping down as Dundee's chief executive and taking on the role of chairman. The shift leaves room for David to become CEO at Dundee Corp., making the company's management structure mirror that of DundeeWealth's before its sale.

Despite the similar chain of command, the competitive landscape Mr. Goodman now faces looks much different than the one DundeeWealth once operated in as an independent asset manager. The big Canadian banks are spending heavily to double down on wealth management – something Mr. Goodman knows all too well because he sold his baby to one – and these financial institutions can be incredibly hard to compete against because they are able cross-sell their investment products to existing customers in their retail channels.

Acknowledging this problem, Mr. Goodman said he is focusing on a specific niche – alternative assets – that should differentiate his new company from the mass market operations run by the big institutions. "I think the banks are going to dominate in that space," he said in an interview, "and all the credit to them – they do it very well."

"Doing things on a large scale, sort of the way a Wal-Mart would, I don't think that's where we have our best chance of success," he added.

Instead, Dundee's new wealth management business will focus on the alternative assets that Dundee knows well, such as land and agriculture, which the company has a long history of owning. Mr. Goodman wants to start out by creating vehicles that allow high net worth individuals to co-invest alongside his company.

The idea is something Mr. Goodman started tinkering with earlier this year when he created a company called D2. That venture is being folded into the Dundee Corp. portfolio at a time when Ned Goodman is busy being a new director on Barrick Gold Corp.'s board and is also pushing to create a new Canadian stock exchange.

The change also forms the third major stage of evolution at Dundee Corp. – the first was the sale of DundeeWealth; the second was 2013's sale of Dundee Realty Management Corp., which has vast real estate holdings and earned fees for managing the Dundee family's real estate investment trusts.

The new phase also comes as Dundee Corp. looks for a stable revenue stream to help offset fluctuations in the valuations of the private assets it currently owns. Last quarter the company lost $40-million, largely because the fair value of its investments fell by $23-million.

Appreciating that DundeeWealth took years to build, Mr. Goodman isn't looking for a quick win and investors may not notice many differences right away. "We're not doing this because we expect [to be] an overnight sensation," he said. 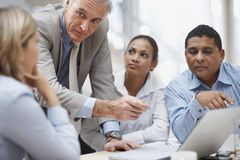 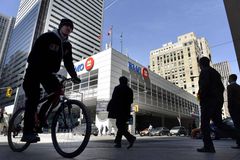