Expect big changes to the ways Canadian companies can be shaken up over the next twelve months.

That's the verdict from Torys LLP, which put together a list of the top mergers and acquisitions trends to watch for in 2013.

On one hand, the law firm argues that the Ontario Securities Commission's proposed changes to poison pill rules will make it harder for hostile bidders to buy Canadian companies. On the other, growing shareholder activism is likely to put more homegrown companies in play.

The pending poison pill ruling has been watched closely for years, and it looks like the guidelines will finally be set in stone in 2013, impacting future hostile bids such as First Quantum's recent offer to buy Inmet Mining for $5.1-billion.

At the moment, the OSC is proposing a hybrid plan that bridges the gap between Canadian and U.S. shareholder rights plans laws. Currently, a rights plan can stand for 60 days, allowing the target's board of directors to go out and find any other potential buyers. Once this period expires, the hostile bidder can ask a regulator to scrap the plan.

The existing rule is based on the belief that the target's shareholders must decide the company's fate, and the board can't preclude shareholders from voting.

The new rules are likely to allow the rights plan to stay in place for longer than 60 days, provided the target's shareholders don't want it scrapped. This isn't a full swing to the U.S. model, where boards have more power to 'just say no' to the bid, a common phrase in the legal world, but it gives Canadian boards some more power, provided the shareholders aren't peeved. The new model is dubbed 'just say slow.' "As the OSC moves to give boards more elbow room to respond to bids, we expect that tactical pill terms will become more aligned with U.S. practice," Torys noted. A sample of what could come: instead of adhering to 60-day policy, boards could come up with a tactical plan that gives them 90 days to find a rival bidder and schedule the shareholders' meeting for the 90th day.

"While it is currently business as usual until the OSC's proposed pill rule is implemented, hostile bidders should brace themselves for messier hostile bids that will cost more money and be more difficult to complete," Torys noted.

On the activist front, expect to see more ruffled feathers. "Whatever agenda is pursued by the activists, one thing is clear: boards will increasingly be forced to respond with initiatives that enhance shareholder value, including management change, recapitalizations, asset sales, spinoffs or even a sale of the business as a whole," Torys believes.

The big shake up at Canadian Pacific in 2012 gave some hopeful activists new life, and some are already circling. Following the success of the CP campaign, Jana Partners decided to take a run at Agrium, and they have good reason to think they can drum up support, given that Canadian institutional investors are backing activists more frequently. Both Canada Pension Plan Investment Board and Ontario Teachers' Pension Plan supported Pershing Square in the CP battle.

To deal with activists, Torys promotes responding to any valid concerns, but doing so with authority. "Issuers should be in a position, on short notice, to thoughtfully defend their strategy and explain how it compares, from a financial perspective, with alternatives that could be suggested by an activist."

As for other M&A trends, Torys expects more outbound Canadian deals to emerge as buyers such as CPPIB and Bank of Nova Scotia ramp up their overseas acquisitions. 2012 saw the most ever outbound deals by Canadians, totalling about 800.

There is also the potential for deal litigation to rise, creating more work for lawyers, but a legal mess for any hopeful acquirers. 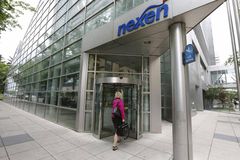 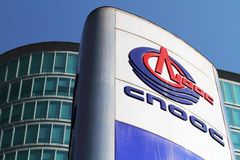 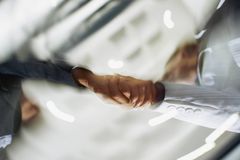