William Braithwaite, who took over as chairman of Stikeman Elliott LLP last year, has been the lead lawyer on some of the most controversial Canadian corporate deals in recent memory, notably acting for Chinese state-owned CNOOC Ltd. in its takeover of Calgary's Nexen Inc., which closed officially last week.

He also led the team retained by U.S. retailer Lowe's Cos. Inc. as it pursued Quebec hardware champion Rona Inc. last year, and he was on for Potash Corp. of Saskatchewan Inc. as it fended off a bid, by any means necessary, from BHP Billiton Ltd. in 2010.

He predicts a slowdown in mergers and acquisitions in Canada. But he insists that despite Ottawa's new rules restricting state-owned enterprises in the oil patch – rules brought on by his Nexen deal – other SOEs looking to invest in Canada won't necessarily be scared away.

The CNOOC deal has just closed. But in response to it, the government changed the rules of the game on you. What do you think the future holds for that kind of investment in Canada?

For exactly the same kind of investment that we just completed, it's challenging. The government has said that only in exceptional circumstances will they let an SOE make an acquisition in the oil sands. But, outside the oil sands, we still think there are lots of opportunities for non-Canadian buyers, even SOEs. It's tougher with SOEs, no question, the standard that SOEs are meant to meet is much higher than others. I think there is still going to be lots of interest in Canada by SOEs.

Does the strategy for Chinese SOEs go back to shopping just for minority stakes in the oil sands that do not ruffle feathers?

I think some SOEs may choose that path now. Because if it is not a control transaction, you're not into Investment Canada [approval]. Joint ventures, stakes rather than acquisitions, may be the way for SOEs to play in the patch. But outside the oil patch itself, mining, for example, I don't think this is going to have any impact.

Are we seeing a slowdown in mergers and acquisitions in Canada this year?

I think the U.S. is probably going to outpace us this year, dramatically. In the mining space, I think we're going to see activity but it's going to be a different kind of activity, more demergers, frankly, than mergers. I think we're going to some of the majors around the world off-loading assets, either selling outright or taking minority stakes.

Did acting for Potash Corp. of Saskatchewan in its successful fending off the takeover bid by BHP Billiton help you in acting for CNOOC?

The lessons learned on Potash were helpful in the strategy on CNOOC. We were on the defence side, but we saw what we thought the acquirer should have done in Potash. And I think that CNOOC followed a very different path: They did their homework, they got their government-relations work done. They went ahead and made certain before they made any approach here. They had figured out the landscape and made sure that they were recognized as good corporate citizens before they even surfaced.

Although you were also on for Lowe's in its unsuccessful bid for Rona Inc. What do you see happening?

Don't know. It's a work in progress with lots of steps.

What do you see in Stikeman Elliott's future, given the recent multinational mergers between Canadian and large foreign law firms such as Norton Rose?

We, like our competitors, are constantly monitoring this space. It is top of the list for our strategy sessions at the board. But at this time, we're pretty comfortable with our model. If another competitor moved, we would revisit it. But right now, a lot of our work comes from law firms around the world. So hooking up with one [international] law firm doesn't necessarily look like it's in our best interest. 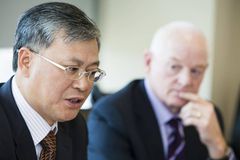 Rona’s major renovation too late for some investors
February 21, 2013 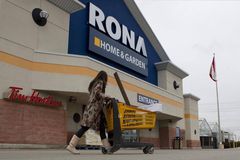