They say inflation destroys savings. Maybe so, but it has stiff competition from the many forecasters who overhyped the inflation threat in the wake of the financial crisis.

By now, according to the inflation scaremongers, after years of expansionary monetary policy, we in North America should be living in some sort of modern-day Weimar Republic. We should be kicking ourselves for not buying more gold, for not listening to more closely to Ron Paul while burning our useless fiat currency for warmth. (At least the old paper stuff. Canada's new plastic bills aren't even good for that.)

But back here in the real world, we're not talking about rising prices – we're worrying about disinflation and even deflation.

Looking back over 2013, it's hard to imagine a more off-base call than the hyperinflation thesis. In fact, the whole idea that "money printing" would cause prices to skyrocket, turning the world into one big Zimbabwe, has been wrong for a number of years since it cropped up as a result of central banks' response to the 2008 crisis.

As that realization finally set in this year, most commodity prices fell. Worse for many Canadian investors, gold went off a cliff, falling from nearly $1,700 (U.S.) an ounce to about $1,200. Without the notion of the metal as an inflation hedge, any "need" for gold vanished, aside from bling.

The chain reaction gets more painful. If you are wrong about inflation, you are likely going to be wrong about interest rates. Those who believed that rate increases were imminent to forestall inflation could easily have missed out on the bond rally, for example.

Wrong-headed forecasts about inflation are hammering lots of small investors who were sucked into the hysteria. They, of course, are not alone. John Paulson, please stand up, along with gold miners who invested in big projects at the peak.

The big question is not how so many people bought into the idea in the first place, but how it continues to have so much currency.

In the immediate aftermath of the financial crisis, as central banks tried new ideas of forward guidance and quantitative easing to turn around the economy, a wide range of outcomes seemed possible. Inflation seemed as likely as its opposite. A group of prominent economists, asset managers and thinkers, ranging from Jim Chanos to Niall Ferguson to James Grant, wrote an open letter to the U.S. Federal Reserve in late 2010 stating that the Fed's bond purchases and other pump-priming measures "risk currency debasement and inflation."

For a little while, as U.S. consumer prices rose in 2011 at over 3 per cent, the argument looked at least plausible. Even if you didn't buy the inflation theory, that so much money would eventually push up the price of everything, it made sense to own some gold in case you were wrong.

These days, inflation is muted. You can make an argument about localized price spikes, say in Canadian housing, that have resulted from stimulative policies. But broadly speaking, price increases in official measures are subdued. Economists expect the U.S. consumer price index to rise 1.5 per cent this year when the final numbers are in and 1.7 per cent next year. Market indicators of inflation are not screaming any warnings.

There are plenty of jokes about the accuracy of economists, but major bank economists largely got it right on inflation as price increases have slowed. So if you bet against them, the joke's on you.

Given the evidence, as New York Times columnist and economist Paul Krugman is wont to put it, you have to decide whether to believe the inflation hypers or your own lying eyes.

Yes, there remains a lot of money sloshing around, but businesses and households just aren't using it. The velocity of money in the U.S. is still heading downward and is lower than at any point in the past half century.

Inflation hawks such as Laurence Kotlikoff, an economics professor at Boston University, believe that the velocity will pick up any day now, causing consumer prices to spike. Any day now. Just you wait.

It could be that the inflation remains a threat, as value investor Ned Goodman believes. He has sold his bank holdings and piled into commodities and gold. But timing is everything.

For those that have stuck to their inflation theories through years of being wrong, events may prove yet that they were just way too early. In investing, though, early and wrong are not that far apart. 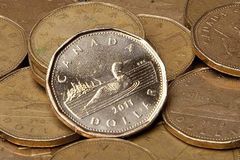 A decade on, TD’s success in the U.S. still too early to tell
Subscriber content
December 24, 2013 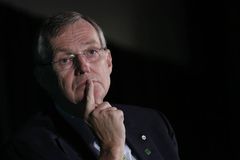 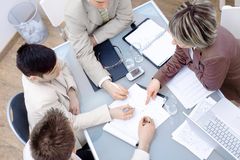