Rogers Communications Inc. chief executive Joe Natale has only been on the job for six months.

He could be forgiven for ducking tough questions on his plans for what some see as the telecom company's non-core assets: the Toronto Blue Jays, Maple Leaf Sports & Entertainment and a stake in fellow cable operator Cogeco Inc.

In recent chats with investors and analysts, including Rogers's conference call on Thursday following the release of solid quarterly results, the Rogers CEO repeated that he is looking at ways to "surface the value" of businesses worth more than $2-billion. And Mr. Natale is willing to be specific on just what that would mean for Rogers's finances.

After Rogers management sat down with analysts in New York last month, Citibank published a note that said Rogers brass is earmarking cash from asset sales for paying down debt, buying back shares and boosting dividends.

Coming out of the same meeting, UBS pumped out a report detailing how Rogers's management planned to deal with the taxes that would come with selling the Jays and Cogeco shares – rest assured that Rogers employs talented tax planners. (MLSE is considered a tougher and less lucrative candidate for sale, as Rogers holds a minority stake.) A trio of UBS analysts wrote: "In the next 12 plus months, Rogers could sell non-core assets. With the Blue Jays and Cogeco stake each potentially worth $1-billion-plus, proceeds could shrink the float by 6 per cent via repurchases, while improved key performance indicators and lower cable capex would support the first dividend hike since 2015."

Speculation on Rogers's plans for the Jays and the Cogeco stake has swirled for years. But the arrival of a new CEO with a reputation for a laser focus on wireless and cable operations and the steady drumbeat for asset sales from the analysts has got the hedge-fund crowd sniffing around.

The more Mr. Natale talks about "surfacing value" at these businesses, as he did in response to questions Thursday from Morgan Stanley's analyst, the greater the pressure to act.

In addition to asset sales, the hedge-fund crowd is pushing the benefits of Rogers spinning off its coast-to-coast network of cellphone towers as something akin to a real estate investment trust, or REIT. It's an approach common at U.S. and European telecom companies, and one that Canadian grocery chains used to goose shares when they turned the land under their stores into REITs.

Hedge funds are also circling because they see a potential alignment of interests with the Toronto-based company's controlling shareholders, the family of founder Ted Rogers, who passed away in 2008.

Ted bought the Jays and built the Cogeco toehold with an eye toward one day buying the entire Quebec cable company. His family has shown an understandable reluctance to part with investments that are turning in strong returns.

However, Rogers's common-share dividend has been been frozen since January, 2015. Effectively, no one in the Rogers clan has got a raise for the past three years. The new CEO would endear himself to shareholders of all stripes by boosting the dividend.

In an interview on Thursday, Mr. Natale all but dismissed the idea of spinning out cellphone towers; he referred to the strategy for the network as a "strategic consideration, not a financial engineering consideration."

When it came to the future of sports properties and the stake in Cogeco, Mr. Natale was more circumspect. He explained that Rogers "is happy with the asset mix we have," but added that the company continues to review its options and study the tax implications of any moves.

Mr. Natale has the luxury of time. He's early in his tenure, there's no crying need to raise cash when debt levels are manageable and Rogers stock is on a tear, up 30 per cent year-to-date.

But the Rogers CEO is consistently demonstrating a deep knowledge of the case for selling some of the telecom company's legacy holdings. If the Jays, MLSE and the Cogeco position are truly non-core assets, and it's clear they are, look for Mr. Natale to move sooner rather than later by cashing in on one or more of these businesses. 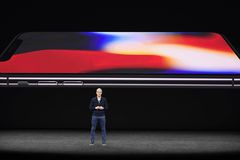