The insurance industry wants more details on changes to federal rules that could impose hundreds of millions of dollars in back taxes and change their relationships with foreign parent companies.

The changes, passed into law in mid-2010 and only now nearing enforcement, could require life and personal and commercial insurers to pay GST/HST tax on reinsurance arrangements with related businesses in other countries.

On top of that, insurers would be responsible to pay taxes retroactive to 2005.

Insurance companies buy reinsurance premiums to protect themselves from risk by shifting it to another business unit, subsidiary or company. That can reduce the claim amount that an insurer might have to pay.

The premiums have historically not been taxed, but changes made in the 2010 budget (and originally hinted at in a 2005 press release), could change that for certain kinds of reinsurance.

"This appears to be a legislative accident," said Mike Firth, a tax services partner with PricewaterhouseCoopers Canada, noting that the rules went way beyond the problem they were originally meant to solve. And it's still unclear what the legislation is supposed to produce when applied to reinsurance contracts, Mr. Firth said. "Taxpayers need certainty, and clearly there's a concerning lack of certainty here."

Canada Revenue Agency, which is responsible for interpreting and administering the tax, said it has issued detailed information and if an insurance company "was or is uncertain as to how the legislation applies to their particular situation," it can provide documents and request a ruling.

CRA would not disclose the status of the audit and assessment process.

"It's interesting because even if you believe that reinsurance transactions should be taxable, this doesn't apply to reinsurance contracts within Canada … and it doesn't apply if you're dealing with an arm's length foreign reinsurer," said Ron Sanderson, director of policy-holder taxation and pensions at the Canadian Life and Health Insurance Association Inc. "So for some reason they seem to have singled out these related-party transactions."

Not all insurers think they'll be affected by the new rules, which are most likely to hit businesses with significant offshore reinsurance programs, according to industry experts. Sun Life Financial Inc. said the company would not face any additional taxation. The Standard Life Assurance Co. of Canada also said it would not be directly affected by this measure, despite being a division of Scotland-based Standard Life PLC.

Still, Standard Life's Canadian division vice-president of corporate finance, Robert Faille, is critical of the government's actions. "The proposal goes against the idea of an open, competitive reinsurance market. In the end, a lack of competition and higher costs may impact consumers with higher premiums," he said.

The affected insurers are unlikely to go down without a fight. "It's probably going to be tested in court again," said Sean Aylward, a partner focused on taxation at Osler, Hoskin & Harcourt LLP. "I don't think the tax community or the insurance community thinks that there should be HST on reinsurance." He said these cases could head to tax court in 2014 or 2015 if the insurers object to the CRA's assessment.

But there is a chance the dispute won't make it that far. The Department of Finance said in a statement that it has met with industry representatives and, along with the CRA, is aware of the industry's concerns. "The insurance industry recently provided to the CRA specific information on the reinsurance transactions that are causing them concern, so that the CRA can make a determination on how GST/HST would apply to those transactions," a Finance Department official said. 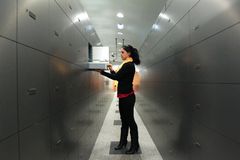 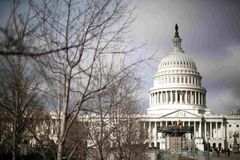