A surge in global deal flow has created a boom for investment bankers and corporate lawyers, driving fees for their services to heights not seen since before the financial crisis.

Around the world, investment banking fees skyrocketed to $69-billion (U.S.) in the first nine months of the year, according to Thomson Reuters, boosted by big gains in countries such as Canada and the United Kingdom, where advisory and underwriting fees jumped 28 per cent and 35 per cent, respectively. Globally, it is the best year for fees since 2007.

In Canada, the surge could not come at a better time. Deal flow had been spotty in recent years, and resource-sector activity in particular had all but dried up. The resurgence is helping to rewrite the narrative that the good times were gone for industries such as energy, which led to an exodus of bankers and analysts in cities such as Calgary. The rebound has also quieted speculation that the dry spell would lead to a major downturn for big law firms.

The capital markets upswing is not only boosting profit at the country's largest investment dealers, it is also helping them stand out globally. Last quarter Canada's Big Six investment banks saw their capital markets earnings rise 32 per cent on average over the prior year, and four Canadian investment banks – RBC Dominion Securities Inc., BMO Nesbitt Burns Inc., Canaccord Genuity Corp. and Bank of Nova Scotia – rank in the top 20 firms for equity fees earned globally in 2014.

The recent tumble in stock markets around the world could cool the number of upcoming deals. But the flow so far this year has been so strong that an investment banker at a Big Six bank recently joked that he wished new activity could be postponed until the new fiscal year starts in November, because the firm's annual revenue goals had already been beaten so handily.

Hefty fees have been earned in multiple sectors, including pharmaceuticals, financial services, technology and energy. A year ago, enthusiasm for Canadian oil companies was subdued after the Chinese started backing away from Canadian assets. This year Canada's energy giants have gone on a buying spree, scooping up assets at home and abroad.

"[It's] an enormous sea change in a very short period of time," said Adam Waterous, co-head of global equity and advisory at Scotia Capital.

The shift can also be seen in the legal world. After venerable law firm Heenan Blaikie closed its doors last year, there was speculation that some of its rivals would follow suit, implying that the era of 'big law' – characterized by large firms deriving the bulk of their revenues from advising dealmakers – was in trouble. But the surge in fees has helped keep these big firms afloat.

Still, the legal world is seeing structural changes. Lawyer Clay Horner at Osler, Hoskin & Harcourt LLP advised on some of the year's biggest deals, including the Tim Horton's takeover and Valeant's pursuit of Allergan, but he doesn't want to bask in the latest boom.

"There's certainly been a change in big law," he said. Large clients, such as Tim Hortons, "have unbelievably formidable in-house legal groups," who can lead transactions on their own.

"When you work with big companies, it's much more a partnership than it once was," he said, adding that expertise in areas such as antitrust and taxation is where the big firms can stand out. 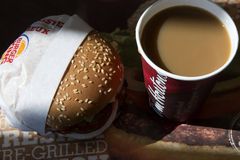 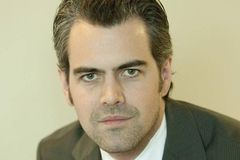 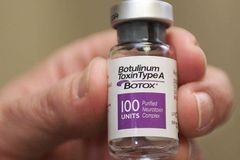 Dow Chemical sees sale of units by year-end for more than $2-billion
October 2, 2014 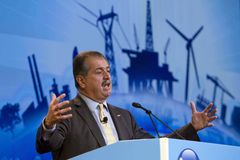