Encana Corp.'s surprise move to jettison the remainder of its interest in PrairieSky Royalty Ltd. a scant three months after the income-producing spinoff company's IPO, is raising speculation it may have a big acquisition in its sights.

Encana will pocket $2.6-billion from a secondary offering of PrairieSky shares, announced on Monday, lifting total proceeds from its spinoff of the company to $4.3-billion. At a bought-deal price of $36.50 a share, that's a cool 30-per-cent uplift from the initial public offering in early June.

Encana appears to be amassing a war chest for a large acquisition, possibly adding to its newly acquired position in Eagle Ford shale of south Texas, or the Duvernay resource play in Alberta, said Phil Skolnick, analyst at Canaccord Genuity.

Other analysts are less sure about a big deal, saying it is just one of several options for the company, which will have $7-billion (U.S.) of cash on its balance sheet following the PrairieSky deal and other divestitures including the upcoming close of its Bighorn asset sale in Alberta. Long-term debt at the end of the second quarter, meanwhile, was $6.1-billion.

That represents an impressive turnaround for Encana under CEO Doug Suttles. The former BP PLC executive last year laid out a new course for Encana, which had become weighed down by a reliance on weak natural gas markets, and, he said, a scatter-shot approach to capital spending on numerous operating regions around the continent. It now concentrates on five major areas, and is seeking to boost output of oil and liquids-rich gas.

Now the question becomes, what will it do with all that money?

Mr. Skolnick points out that Mr. Suttles has been cool to the idea of share buybacks with his operating strategy still in its early stages. Mr. Skolnick also discounted the possibility of a special dividend.

"Therefore, we strongly believe a large acquisition is on the radar; and the sudden nature of the secondary offering of [PrairieSky] shares could be an indicator that [Encana] is ready to pull the trigger," Mr. Skolnick said in a research note.

The spinoff of PrairieSky – a company with 5.2-million of acres of fee-simple lands it leases to other operators – was a big part of the new strategy. A strong PrairieSky price, and increasing fears of a weakening market for energy issues across the board, likely prompted Encana to strike while the iron was hot.

Mr. Skolnick said Encana's moves could prove positive for Athabasca Oil Corp., which has been seeking a partner for its extensive lands in the Duvernay and recently bolstered its financial position by finalizing the $1.18-billion sale of its interest in the Dover oil sands project to PetroChina Co. Ltd. following months of uncertainty.

Oil-rich operating areas where Encana currently is absent but may have designs include the Permian Basin that straddles Texas and New Mexico and the Bakken in North Dakota, though analysts caution that prices for assets in such regions are high and opportunities scarce.

Encana spokesman Jay Averill said the company has not made any commitments as to what it intends to do with the proceeds from the offering.

David Meats, analyst at Morningstar, said Encana has more than enough financial horsepower to do a big deal now, though it should not be in a rush to buy into a "big brand-name basin" just for the sake of doing so.

"I wouldn't rule it out. I think that given that they've spent a lot of time and effort focusing on streamlining and high-grading the portfolio, it would really take a sweet deal to cross their path," Mr. Meats said. "They have said that something between five and eight core assets is about ideal for them, so that does give them some room to purchase something if the right deal came along."

It is more likely, however, that Encana will hold on to most of its cash and add rigs to accelerate development of its current main holdings, he said. 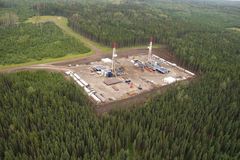 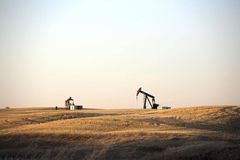