Five years into its Canadian expansion, Vanguard isn't exactly where it hoped to be.

Famous for its low-cost exchange-traded funds that track major share indexes, the global giant had big ambitions when it launched here in 2011. Vanguard's cheap fees were thought to stand out because Canada had some of the highest mutual fund costs in the world, and its size and brand name were considered a gravitational force that would attract investors.

The reality has been a little less rosy. Vanguard is now Canada's third-largest ETF provider, and its market share is only 8.6 per cent behind global rival BlackRock Inc. and Bank of Montreal, according to ETFGI, an independent research firm. It manages about $10-billion in client funds – a small sum considering it has $3.5-trillion (U.S.) in total assets under management.

"Our brand awareness, we thought, would translate a bit more quickly here than it did," global chief executive officer Bill McNabb explained in an interview around the company's fifth anniversary. In Canada, "Vanguard doesn't roll off the tongue."

Lately there's been progress. In 2016, Vanguard has the second-highest net inflows in Canada, which means it is attracting money, and the ETF giant is now accelerating its Canadian push, opening a new office on Bay Street where there is ample space to expand the size of its team.

But its experience serves as a lesson for the myriad ETF providers and so-called robo advisers such as Wealthsimple that have launched over the past two years, hoping to cash in on investors' new-found fervour for low fees.

"Coming into the marketplace, we knew it would be a long game, and we knew that the banks were really well entrenched," Mr. McNabb said. "I think we probably underestimated how strong they are."

Because Canada's banking industry is so concentrated, with six large lenders dominating, these financial institutions are tightly connected to their clients' daily lives. There is also an emotional attachment. As much as Canadians gripe about their banks, deep inside they are proud of them.

"The only market that has a banking system as strong, and concentrated, and frankly as well regarded, is Australia," Mr. McNabb explained.

That matters because Canadian banks now dominate wealth management. They've swallowed many independent rivals since the 1980s, and investors are heavily invested in their mutual funds – even when they charge ten times more than ETFs. Roughly $110-billion (Canadian) is now invested in Canadian ETFs, according to ETFGI, but about $1.3-trillion remains invested in mutual funds managed by banks and independents, according to the Investment Funds Institute of Canada.

On this front, Mr. McNabb believes Vanguard's had an influence. "We think we've actually impacted the market a little more broadly than our share [suggests]," he explained. Rivals "have responded to our entry by putting more attention to fees."

In the same way that Target Corp.'s northern foray spooked Canadian retailers such as Canadian Tire, Vanguard's entry helped change the market dynamic. Royal Bank of Canada, the country's largest domestic asset manager, has lowered its mutual fund fees for a few years now, and in 2016 it started aggressively marketing its low-cost products.

Vanguard is geared to thrive in this new environment because it possesses what is now the Holy Grail in money management: Scale. Because it is so big, the asset manager can spread fixed costs over more client funds. The average fee on the Canadian assets it manages is 0.15 per cent. By contrast, mutual fund fees are often still above 1 per cent annually.

The only trouble now is that passive investing has caught on so strongly that Canada is awash in low-cost options. Everyone from Mackenzie Investments to Toronto-Dominion Bank is launching their own suite. So how does Vanguard stand out?

Mr. McNabb's answer is something he admits sounds hokey, but he swears it matters: "The quality of our people."

"Advisers and brokers are going to be very dependent on education," he said, explaining they'll have to be coached on why Vanguard's funds may be better than another firm's.

Betting on relationships is a long game, because such connections aren't formed overnight. But Vanguard is used to that. "It took us 40 years in the U.S.," Mr. McNabb said of the firm's growth. "We weren't a household name certainly for the first 20." 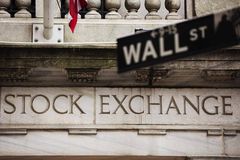 New hire is proof that AGF is getting serious about ETFs Subscriber content
October 11, 2016
Trump-and-Dump and two other portfolio strategies for the coming era Subscriber content
November 10, 2016
Follow Tim Kiladze on Twitter @timkiladze
Report an error Editorial code of conduct