The U.S. economy does not do a good enough job of distributing wealth fairly. The U.S. government needs to keep spending. Investment banks must accept more regulation. Oh, and bankers should be prepared for the criticism that comes with having been at the centre of the financial crisis.

Such declarations aren't coming from Barack Obama or an Occupy Wall Street protester – they're from Lloyd Blankfein, the head of Goldman Sachs Group Inc.

They suggest a chastened Goldman that realizes the need to forge alliances with the rest of society once again. Indeed, the comments were so measured and centrist that Mr. Blankfein felt the need to stress – even if just in jest – that he is not a socialist. In response to questions posed by Royal Bank of Canada chief executive officer Gordon Nixon, the Goldman CEO acknowledged that bankers must present a more human face to regain the trust lost by an industry that led the world close to economic and financial calamity.

"The anger has to dissipate to it, and the reticence that some leaders in the industry, including myself, have had about getting out and engaging in a positive way, that has to recede," Mr. Blankfein told a Toronto ballroom packed with hundreds of Canada's top financiers, executives and lawyers.

Mr. Blankfein is certainly cognizant of how big the trust vacuum is, and how long it will take to fill it. He said that the criticism of bankers has been "disproportionate" but not unfair.

"It's fair to the extent that we are fiduciaries in some part of the financial system and it hasn't worked well enough for everybody," he said. "We have to go out and have a good conversation, dialogue, recommending changes, and get engaged. The trauma in the U.S. was so recent and so powerful that we are not having necessarily a good conversation or good dialogue."

In addition, the increasing inequality of income and wealth in the United States shows that the economy and financial system are not doing what they should. "In the U.S. over the last generation, we have been much better at generating wealth and much less good at distributing it," he said.

He said financial institutions must reconcile themselves to the fact that more regulation is inevitable in the wake of the crisis.

"You can't go through that and then go out and say you're not going to do something different so that it's less likely to happen again," he said. Bankers must explain to regulators and politicians what the consequences of regulations will be, and "accept the fact that the pendulum may swing a little far" because "the trauma" is so recent.

With the economy struggling to grow quickly, the Goldman chief warned against the U.S. government cutting too much support for citizens in an attempt to trim spending. He is not in favour of wealth redistribution, he said, but worries about the effect on the economy of cutting back on spending too quickly. That can come later, after growth is stronger.

"You can't austere yourself into a higher GDP [gross domestic product]. The issue is going to be, I'm all for implementing budget changes that accelerate over the long term, but in the short term I wouldn't take too much money away from people or cut back on a lot of expenditure problems."

His view is that the United States has now acknowledged that there is a budget problem, and even with the so-called fiscal cliff looming, will find a way to shrink the deficit even though it appears there is no common ground between Republicans and Democrats in Washington.

Mr. Blankfein has been delivering much of this message for some time – though his comments on wealth distribution are a new addition.

In Europe, he expects politicians and policy makers will find a way to "muddle through" because the euro project is too important to give up on, and he said he has confidence that China will work out a way to ensure its economy doesn't falter.

Once the economy picks up, he said that the real work for bankers will begin. "Some of the pain has to recede, and we have to roll up our sleeves and get to work," he added. "If people see us working and engaging and doing the right thing and sharing our views and it's right and makes sense, and we communicate more, that would represent a step in the right direction. If we do that, in about 200 years people will start to trust us."

Streetwise is Canada's source for analysis and breaking news on deals and finance. Find it online at tgam.ca/streetwise, or follow it on Twitter via @StreetwiseBlog 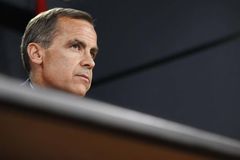 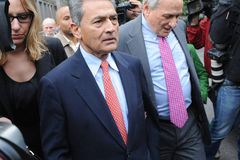