Copper miner Nevsun Resources Ltd. is fighting off an occasionally hysterical challenge from rivals in China as it attempts to win shareholder approval this week for a $1.1-billion (U.S.) deal to develop a promising property in Serbia.

The continuing battle contrasts the relatively transparent process that plays out during deals at Canadian public companies with the opaque disclosure that can come with entities based in China.

This conflict – which began in April when Nevsun announced plans to acquire Reservoir Minerals Inc. after Reservoir's board of directors ran an auction that attracted 25 potential bidders – has escalated into a public spat between Nevsun and some of the would-be acquirers.

Jing Bao and XGC have not made a formal offer for Reservoir, but the pair have campaigned against the Nevsun bid and put forward "non-binding" alternatives. The war of words includes a Jing Bao press release last Friday that opened by calling statements by Nevsun "most extraordinary, ill-conceived and erroneous," then went on to link Vancouver-based Nevsun to human rights violations in Eritrea, where the company has a copper mine.

Reservoir's main asset is a copper and gold project in Serbia called Timok. The directors decided to sell control of Reservoir to raise the capital needed for the company to buy full control of the property from former partner Freeport-McMoRan Inc. and bring Timok into production.

The deal needs approval from two-thirds of Reservoir shareholders, who are scheduled to vote on the Nevsun offer this Friday in Vancouver.

Rival proposals and statements from Jing Bao and XCG were dismissed out of hand by both Reservoir and Nevsun.

In a press release last week, both Reservoir's CEO and chairman repeated their support for Nevsun's offer and revealed that proposals from the China-based companies included asking Reservoir to sell shares to XGC at a price that is significantly below what is offered by Nevsun and having the Canadian company "borrow US$50-million from XGC, secured by Reservoir's interest in Timok as well as other Reservoir assets."

"Reservoir cautions shareholders of the risk of a default that could deliver to XGC the full ownership of Reservoir's interest in Timok, since Reservoir has no current operations that would allow it to service or repay the loan when it comes due," Reservoir said in the release. The company said Jing Bao also proposed a debt financing.

The Jing Bao press release that alleged "extraordinary, ill-conceived and erroneous" statements by Nevsun included a contact for the Hong Kong-based company named Christopher George. When reached last week for further information on Jing Bao and its allegations, Mr. George responded in an e-mail: "I do not work for Jing Bao or XGC, I am volunteering for the [Reservoir] concerned shareholder group," and added that he is a former Reservoir employee.

On its web site, Jing Bao claims to have a track record for funding mining companies, but offers no examples of previous deals. When asked for background on previous Jing Bao transactions, Mr. George responded: "The web site is sparse with specific information because Jing Bao normally stays behind the scenes working with institutions in syndications; it does not work with individual companies. As such, it does not publicize its funding. This RMC/Nevsun situation is an exception."

Nevsun said in a press release last week: "Despite significant effort, Nevsun has been unable to determine who owns or operates Jing Bao."

In an interview on Friday, Nevsun chief executive officer Cliff Davis explained his debt-free company has $300-million (Canadian) in cash, more than enough money to bring the Timok project into production over the next few years, to the benefit of both Nevsun and Reservoir shareholders, who would own 67 per cent and 33 per cent of the combined company should the merger be approved.

Nevsun's management team includes veterans from major mining companies, and Reservoir has an experienced team in Serbia who are expected to stay with the combined companies. While Mr. Davis declined to comment directly on Jing Bao and XCG, he said merging Nevsun and Reservoir is a "compelling combination," and when it comes to disclosure on the transaction, "we are an open book."

Mongolia mine to supply into copper deficit, Rio Tinto says
May 8, 2016 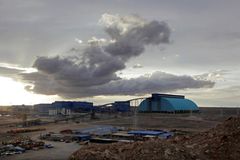 Taseko files lawsuit against Ottawa over B.C. gold and copper mine decision
February 12, 2016 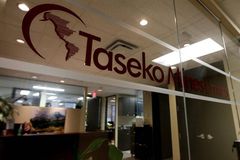 Who really wins in merger-disclosure settlements?
Subscriber content
May 26, 2016 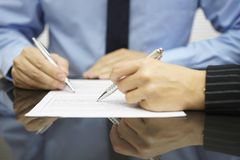