When Canada implemented new dark pool rules last fall, the expectation was that they would improve the trading experience. But a new study suggests that market quality hasn't improved, yet hidden trading costs have climbed.

That may sound shady, but there's a legitimate argument in favour of them. Trading algorithms are so fast today that they make it much harder to conduct 'block trades' – or big trades for a single stock – because the algorithms see the clunky order and then wreak havoc.

For that reason dark pools were allowed in Canada. But then regulators started to worry that these pools were being used for things other than block trades, so they implemented rules last fall that stated dark orders had to be for more than 5,000 shares, or worth more than $100,000 each.

Roughly half a year has passed since the rules were put in place, and ITG Canada has now studied the effects – in large part because they kept hearing so many opinions on the rules that were based on very little data.

The verdict: "There is little to no evidence that new dark rules significantly impacted trading costs or market quality since their implementation last October," their report stated.

On every metric -- from volatility to volume to quote spread -- there was very little difference between what the Canadian markets experienced since last October versus what the U.S. market saw over the same period.

Conversely, when the Investment Regulatory Organization of Canada implemented a fee for message traffic a little while back, "we saw immediate significant changes to various metrics including order to trade ratios, depth at the [national best bid and offer] and spread. In that case there was a very clear impact on the market resulting from the new regulation."

To some, the lack of significant changes may be a good thing, because it means the rules aren't overly draconian. But it makes you wonder what benefits they add. When the rules were implemented, the regulators argued that they would help with "price discovery," a term that Doug Clark, managing director of research at ITG, said was never really defined. Given that his study found no discernible changes, he still isn't quite sure of what it means.

The limited benefits must also be contrasted against higher hidden costs of trading. Though ITG found that transaction costs – or what you pay a dealer to execute the trade – have stayed in line with those in the U.S., they discovered that it's now more expensive for dealers to participate in the regular lit market where high frequency traders are out in the open.

Before the rules, Alpha's IntraSpread dark pool had a 4.5 per cent market share. That's now fallen to 0.3 per cent. And Match Now's market has flat-lined at around 3 per cent. Both changes are the result of more trades moving from the dark venues to the lit markets because so many orders don't meet the new size minimums.

"These rules have placed increased exchange costs on the dealer and institutional investor communities, while rewarding the high frequency traders," the ITG study stated. The HFT's are so fast and so smart that the dealers have to use a variety of techniques to trade, and this complexity raises their costs.

One could argue that this is simply the nature of the market, and the fact that so many trades have moved to lit markets proves that the dark pools weren't being used for the right reasons before. But the dealer costs are something the regulators will have to consider when they review the rules' effects. 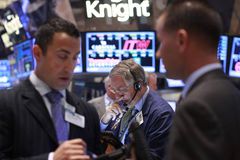 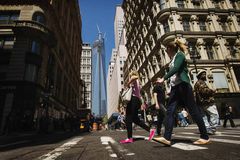 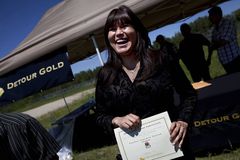