The sale of Quebec's famed Cirque du Soleil is moving into the final stages with bidders given until next week to submit offers to acquire a controlling stake from founder Guy Laliberté.

Mr. Laliberté, a onetime street performer who parlayed his fire-breathing skills into the world's most celebrated circus company, has agreed to sell all but 10 per cent of his stake in the company, according to sources familiar with the process. Mr. Laliberté initially planned to sell a minority interest, but people familiar with negotiations said interested buyers are pushing for control.

A spokesperson for Cirque du Soleil did not respond to an e-mailed request for comment.

Cirque du Soleil is a private, Montreal-based company that is 90-per-cent owned by Mr. Laliberté, with remaining shares held by Dubai-based investors.

When investment bank Goldman Sachs was hired to manage the auction, sources said the entire company was valued at more than $2-billion.

Initially the auction attracted a wide variety of mostly foreign entertainment companies, private equity funds and other financial investors, but it is understood that some suitors, including British private equity investor BC Partners, have withdrawn.

One person familiar with the discussions said some buyers pulled out because the company's confidential financial documents revealed a continued deterioration in profits from its ambitious and expensive roster of shows. Mr. Laliberté told The Globe and Mail last year that the company generates nearly half of its $850-million of annual revenue from eight Las Vegas shows. In other markets, sources said, the company has struggled to be profitable.

A sale of Quebec's most successful entertainment company to foreign investors could provoke a backlash in the province. It is understood that Mr. Laliberté and his advisers are seeking commitments from buyers to preserve the company's Montreal headquarters and its local staff of about 1,600. That won't necessarily sit well with all suitors, but it has become almost a must-ask for buyers and sellers seeking political backing in the province for their takeover deals. Cirque employs close to 4,000 people in all, according to its website.

Jacques Daoust, Quebec's Economy Minister, said last month that keeping the Cirque's headquarters was the most important element in any sale because the decision-making power of a company's head office also supports a web of lawyers, accountants and other advisers. He said the government would not get involved financially in the auction because the sums required go beyond the parameters of its investment vehicle, Investissement Québec.

A group of local buyers that included Montreal-based businessman Mitch Garber was involved early in the bidding but pulled out as the process advanced, one source said. It wasn't clear whether other Quebec-based bidders have entered the fray. Mr. Garber declined to comment.

The sales process started late last year, when the Cirque hired Goldman to help find a new strategic partner. Mr. Laliberté had already slimmed down the circus troupe, including laying off about 400 people at the Cirque's Montreal headquarters in 2013. Now he's searching for someone to work with to try to expand the company again.

After staging world-renowned shows for more than two decades, Mr. Laliberté said the Cirque was faltering financially when he returned to the business full-time in 2012. He had left the company's daily management to focus on a trip into space and his family. But one look at the books convinced him a fix was necessary before things became worse.

The company wasn't losing money, he said, but in the aftermath of the financial crisis, profits were tanking – something the founder blamed on slack internal spending controls. He said the Cirque had become too preoccupied with creating new shows and selling tickets than bottom-line returns.

Some shows, like the high-cost Iris, and Zarkana, simply failed. And no one in decision-making brain trust, least of all Mr. Laliberté, was used to that.

"It's been tough for him," said one source familiar with the situation. "If you're used to business being up and down, then it's okay. But when it's the first time down, as it is with him, it's different. He's not used to people saying 'Hey, what's happening? You're cutting jobs, you're not doing well?'" 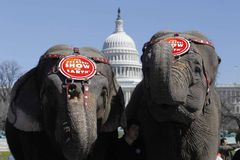 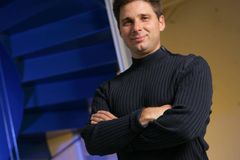 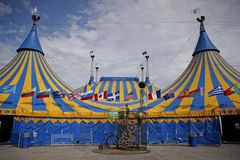