Three years ago, the Ontario Teachers' Pension Plan acquired U.S. veterinary hospital chain PetVet Care Centers LLC and announced plans to back the 30-outlet business as the company expanded in a fragmented industry.

Mission accomplished: PetVet now runs 125 hospitals staffed by 600 vets in 22 states, and on Wednesday, the Teachers' fund announced it is selling the company to New York-based private equity fund KKR & Co. L.P. Jane Rowe, Teachers' senior managing director and head of private equity at the $180-billion fund, said in a press release that on OTPP's watch, PetVet "became one of the premier veterinary hospital companies in the nation."

PetVet was founded in 2012 and OTPP acquired a majority stake in the business in 2014 for $440-million (U.S.) Teachers refinanced PetVet in January, 2017, with a $675-million credit facility; typically, such transactions give the owners an opportunity to cash in a portion of their investment. Financial terms of the sale to KKR were not disclosed, but the new owners said they expect to continue expanding the business.

This is the third investment KKR has made in companies focused on delivering high-end services to pets. The cost of veterinary medicine is rising as pet owners opt for better, more expensive care.

"PetVet has established itself as a leading veterinary care provider," said Max Lin, a member (or partner) at KKR. He said: "We are excited to partner with PetVet and its affiliated veterinarians to accelerate the company's track record of organic and acquisitive growth."

Teachers acquired Connecticut-based PetVet after investing in Illinois-based Heartland Dental Care Inc., which uses a similar business model to support dentists. Gino Volpacchio, chief executive of PetVet, said in a press release: "PetVet partnered with Ontario Teachers' because of its deep experience investing in multisite health-care platforms, and this transaction marks the next stage of our company's evolution."

KKR was founded in 1976 and is considered a private equity pioneer. The fund has done a number of large deals with OTPP, including partnering on successful leverage buyouts of Shoppers Drug Mart and BCE Inc.'s phone directories business.

The sale of PetVet is the latest in a series of transactions that have seen one private equity investor sell a business to another fund.

Private-equity funds such as KKR are sitting on unprecedented amounts of capital, known in the industry as "dry powder," and need to put this cash to work in order to earn fees. Preqin Ltd., the leading source of statistics on alternative asset markets, estimated that at the end of September, private funds held a record $954-billion of dry powder, compared with $822-billion at the end of 2016 and $754-billion two years ago.

Preqin also recently published a report that shows 2,022 private-equity funds are currently out raising money from investors, with an overall fundraising target of $706-billion. 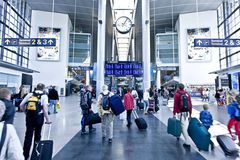