Open Text Corp. sees space to grow and is aiming for the cloud.

As fellow Waterloo, Ont. tech firm BlackBerry Ltd. rules out a sale, software company Open Text is building out its business with yet another major acquisition. This time it is buying cloud-based business-to-business (B2B) service provider GXS Group, which is headquartered in Gaithersburg, Md.

Open Text has come a long way since 2011 when it was branded as a hot takeover target. The company is now an aggressive acquirer in its own right. This deal is worth a whopping $1.17 billion, $100-million of which will consist of OpenText common shares.

When the deal closes, OpenText will rocket from serving 25,000 customers to 80,000 customers. The combined company will support approximately 16 billion transactions in the cloud each year.

The deal comes at a time when some analysts were predicting that Open Text might begin to shift its thinking towards organic growth, from blazing the acquisition trail.

Not so, said Open Text president and CEO Mark Barrenechea in a recent interview. Open Text will continue to buy businesses to fill in what he calls "white spaces" in the company's operational capabilities even as it works to prove it can also build technology in-house.

Filling these holes is essential to the company's growth in enterprise information management (EIM), says Mr. Barrenechea. OpenText currently specializes in EIM projects, setting up data filing and storage solutions for its corporate clients. OpenText's financial service company customers such as RBC and Visa might work with the tech firm to manage loan processing, while an oil company such as Shell might need project management and exploration software.

One of the areas where Open Text is looking to gain market share with its acquisition of GXS Group is in electronic data interchange (EDI) services, a method of international business information-sharing. It also sees opportunities in areas such as B2B Integration and Managed Hosting, which facilitates connecting trading partners and simplifying e-commerce transactions between businesses, among other things.

OpenText said the deal also gives them additional industry expertise in areas such as financial services, manufacturing, and retail and consumer packaged goods, and bolsters the company's efforts to scale up in the fast-growth markets of Asia Pacific, Japan, and Latin America.

The company is solely focused on working with large corporate clients, shying away from consumer-focused software. "I've never seen a technology company that's successful at very large enterprises and successful for consumers simultaneously. It's a different mindset and product," Mr. Barrenechea said.

Open Text's biggest challenge now is to complete its EIM projects more quickly. "It's still early days for the market," he said.

Mr Barrenechea added that there are a number of other areas where the firm might expand. "We don't have analytics. We don't have a high-end e-signature product," he said.

It's easy to see how GXS might fit into this plan to broaden the company's reach. "Without these services, orders would stop, shipments would get lost, invoices would go unpaid, cash would not move," Mr. Barrenechea said on a conference call with analysts today.

Open Text's next big initiative is a system called "Red Oxygen," which will be the next generation of the company's software. This offering has been in the works for about a year and a half, and more than 1000 engineers are currently working on the system. The launch date is set for the end of Nov. at user conference Enterprise World, which will feature an appearance by William Shatner. Open Text views IBM as its main competitor when it comes to the EIM business, and the CEO is looking to use Red Oxygen to compete with the U.S. giant more aggressively.

The GXS deal will add manpower, to the tune of 2,900 new employees. But Open Text has also been hiring independently, adding new employees including former BlackBerry talent. "We're the two largest employers [in Waterloo], and yeah, we're hiring BlackBerry people." Mr. Barrenechea said. "It's a story about innovation. You've got to keep innovating," he said.

Is Waterloo’s other tech darling at a turning point? Subscriber content
May 11, 2018 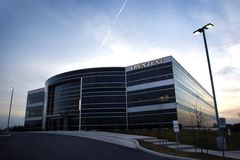 ROB Magazine
Where Canada's next billion-dollar idea is being hatched
May 11, 2018 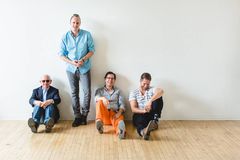