The federal government's promise to introduce voluntary contributions to the Canada Pension Plan could introduce public-sector competition into a fiercely competitive private industry.

As banks, insurers and independent wealth managers compete to invest and manage Canadians' savings, it is not yet clear how new discretionary CPP supplements would be managed, whether they could be withdrawn or how much a person could contribute. But in the planned consultations announced by Finance Minister Joe Oliver on Tuesday, industry representatives will almost certainly home in on these potential sticking points.

If the plan is a limited top-up of an employee's existing CPP contributions, then there's unlikely to be a major impact on the private sector, said Alexandre Laurin, director of research at the C.D. Howe Institute. "But if it's just like another mutual fund, and the CPP Investment Board becomes that mutual fund, there's an impact. It's like the public sector taking on some of the private sector role."

Mr. Laurin doesn't think that plan would work well or that the government would want to guarantee returns on investments.

Right now, CPP is only one pillar of Canadians' retirement saving plans, which also include personal investments and workplace saving plans. Most observers expect the voluntary funds would be filtered into the existing CPPIB system – a single investment pool – rather than setting up a new way to invest contributions, which would be costly.

Critics fear a large-scale expansion would crowd out private banking and wealth management, putting the government in competition with the private sector in helping people save and invest to improve their standard of living rather than helping them maintain a base level of necessary income.

Every dollar of savings tied up in an expanded CPP is a dollar unavailable to be managed by the private sector, goes the argument, while financial firms are ably answering Canadians' investment needs. Certain financial products such as variable annuities, which are insurance contracts that invest an upfront lump sum with the promise of future payouts, are sold as security plans and can act as personal pension plans for retirees. And some insurers are also managing investments for defined-benefit pension plans that private- and public-sector employers offer.

Many financial firms and businesses have already voiced opinions on government changes to mandated saving plans.

In mid-May, Power Financial Corp. chief executive Jeffrey Orr used the company's annual meeting as an opportunity to admonish sweeping government reforms such as the expansion of the Canada Pension Plan or the proposed Ontario Retirement Pension Plan. He instead favoured targeted reforms that support those with no workplace saving plans or those who don't contribute enough.

Mr. Laurin believes employees will need an obvious incentive to make them contribute more to CPP. He said lower administration costs could be the answer.

CPP might also need a major upgrade if it were to compete with the financial industry's customer-service initiatives, such as the call centres and web services of big banks, insurers and retail wealth managers.

It's also not yet clear how redemptions would work in an expanded CPP. If the additional contributions were available to be withdrawn, it might affect the stability of the CPPIB, and its ability to acquire illiquid assets, when markets turn volatile and investors panic. But if withdrawals are limited by rules and penalties that make it difficult or impossible to get the money back in an emergency, Canadians may be unwilling to contribute more income to such a pool – even one with low fees relative to private-sector products.

Ottawa said Tuesday that it would consult with stakeholders and Canadians over the summer, and private-sector participants are sure to be watching closely. 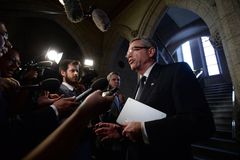 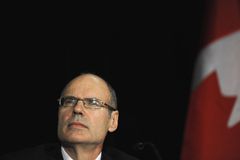 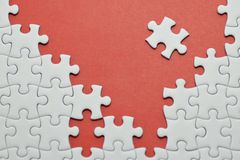