Activist investor Graeme Roustan wants to bust up Power Corp. of Canada, and offered on Tuesday to take a seat on the board alongside the Desmarais clan to help dismantle the venerable family-controlled conglomerate.

Mr. Roustan, chairman of private-equity fund Roustan Capital, is more likely to dine with the Queen than join co-CEOs André and Paul Desmarais Jr. in the Power Corp. boardroom. However, the campaign for change shines a bright light on a decade of poor stock-market performance from a $14-billion company that's iconic in Quebec business circles.

In Mr. Roustan's view, Power Corp. could double its stock price by focusing on its financial businesses – mutual-fund managers Investors Group Inc. and Mackenzie Financial Corp. and insurer Great-West Lifeco Inc. – and selling off the rest of its holdings, which include a renewable-power company, a media business, private-equity funds and a grab bag of European investments. His thesis, summed up on Tuesday in a news release, is that Power Corp. "is in too many unrelated businesses that have different risk profiles, all greater than its core business."

The activist's offer to join the Power Corp. board is a non-starter. There's history between Mr. Roustan and the Desmarais family, which holds a 59-per-cent voting interest in Power Corp.

The Florida-based investor was chairman of hockey-equipment maker Performance Sports Group until 2012, and Mr. Roustan tried to regain control of the company when it hit the financial rocks last year. But Performance Sports ended up in the arms of Power Corp.'s private-equity arm, Sagard Capital, and Fairfax Financial Holdings Ltd.

But the activist's pointed observation that Power Corp.'s share price declined 17 per cent over the past decade, against the backdrop of a prolonged stock-market rally, is a statement of fact.

Mr. Roustan is the latest in a long line of self-styled outsiders trying to shake up what they see as cozy boardrooms. And a great many of those activists have found that they got quiet support from long-suffering shareholders when they stepped forward.

Power Corp. is a target in part because its conglomerate structure has been discredited as a 1960s financial fad – the corporate equivalent of macramé tops and bell bottoms. Unless your name is Berkshire Hathaway Inc., the facts don't support the theory that a well-managed parent company is worth more than the sum of its disparate parts.

After crunching the numbers on Power Corp., CIBC World Markets analyst Paul Holden concluded in a recent report that the parent's stock trades at a 34-per-cent discount to the underlying value of its stakes in Great-West Lifeco and Investors Group. That gap is significantly greater than the 27.5-per-cent average discount to net asset value seen at Power Corp. over the past decade.

Mr. Holden has a "neutral" rating on the stock, and said: "Power Corp. is trading at very reasonable valuation multiples. However, we are unsure about the catalysts to re-rate the multiple higher."

Mr. Roustan wants to be that catalyst. He is pushing for the sale of everything but the financial companies, then using the cash on some combination of a stock buyback, a special dividend or acquisitions of additional wealth-management businesses.

If Power Corp. did decide to slim down, it's easy to see what goes out the door first. The company holds a collection of easily sold assets through its minority interest in another conglomerate, Pargesa Holding SA. They include a 9.4-per-cent stake in cement maker LafargeHolcim Ltd. and 7.5 per cent of both Adidas AG and spirits maker Pernod Ricard. CIBC estimates the Pargesa stake alone is worth $2.3-billion.

Power Corp. did not comment on Tuesday on Mr. Roustan's push for asset sales and a seat on the board. On receiving Mr. Roustan's broadside, the Desmarais brothers could be forgiven for working their way through an emotional process that includes anger and disdain. But the co-CEOs must also feel embarrassed at a lost decade for Power Corp. shareholders. And embarrassment should prompt action. 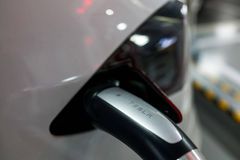