A group of international executives fed up with companies' push for quick profits at the expense of more significant gains years down the road is throwing its weight behind a new organization that will study and try to correct the issue.

What began as a research project backed by the Canada Pension Plan Investment Board and McKinsey & Co. to measure behaviours of investors and businesses in 2013, is now a not-for-profit operation with international members that is focused on research and advocacy. FCLT Global, which takes its name from the "Focusing Capital on the Long Term" research project, wants to extend the thinking among business leaders and investors decades into the future.

The move comes as tactics that can alter the short-term performance of a company are under more scrutiny. Regulators are issuing new comments on the use of non-standard accounting measures in the United States, activist investors have become more prominent and politicians are warning of the impact that myopic thinking can have on the economy.

"Every dollar, every yen, every ruble, every peso in the world is ultimately owned by individuals – savers – even capital in the hands of government," Mark Wiseman, global head of active equities at BlackRock Inc. and former leader of the CPPIB, said at the Sofitel Hotel in New York on Wednesday.

Mr. Wiseman said these savers collectively have long-term goals, but their capital moves through caretakers such as asset managers and pension funds to be invested into corporations that are more focused on the next earning cycle. Those decisions are "essentially destroying value," he said.

Institutional investors have more sway than ever as the capital they control grows, and some are taking on more active roles in their investments. Many pension funds, sovereign wealth funds and insurance companies are gaining experience in alternative forms of investing and adopting stricter sustainability and governance standards.

But they are up against a vast system that is increasingly oriented toward delivering profits as soon as possible.

"Eighty-seven per cent of executives and directors feel that they're getting pressure to deliver on a two-year time frame," said Dominic Barton, global managing partner at McKinsey, noting that that number has climbed in the past few years.

Mr. Barton said the organization is trying to better quantify the economic impact of this type of decision-making, starting with the U.S. economy. The current estimate is about $32-billion (U.S.).

Along with Mr. Barton and Mr. Wiseman, FCLT Global is overseen by a group of well-known executives such as Andrew Liveris, chief executive officer of the Dow Chemical Company, Paul Polman, CEO of Unilever, and Cyrus Mistry, chairman of Tata Group. Many participating organizations are attempting to change their business practices, including compensation structures, to try to reward longer-term planning among their executives and investment teams. FCLT Global also appointed its own CEO, Sarah Keohane Williamson.

These executives are not the only ones concerned about what happens to profits and longevity when a company prioritizes the wrong goals.

This week, U.S. Vice-President Joe Biden wrote an opinion piece in the Wall Street Journal decrying short-termism as "one of the greatest threats to America's enduring prosperity," taking a shot at executive compensation practices and the frequent lack of adequate reinvestment of profits in businesses.

Some prescription-drug companies have come under fire for business models that do not invest in research and development and instead count on price increases to spur profits. Michael Pearson, former CEO of Canada's Valeant Pharmaceuticals International Inc., said at the U.S. Senate Special Committee on Aging earlier this year that such a strategy had been a mistake.

And in some cases, regulators are issuing warnings against corporate actions sometimes associated with catering to short-term investor demands. In the spring, the U.S. Securities and Exchange Commission updated its guidance on how companies should use non-GAAP accounting measures, which present quarterly and annual financial results in an alternative format. The message to corporations was to ensure that adjusted numbers are not misleading shareholders or given too much prominence in earnings releases.

The CPPIB took an extra step toward incentivizing longer-term thinking at companies earlier this year when it teamed up with S&P Dow Jones Indices to track businesses most likely to deliver returns over the long haul, creating the S&P Long-Term Value Creation Global Index. The pension fund invested about $1-billion in the index.

While the point of the index is to produce returns over many years, Mark Machin, CEO of the CPPIB, said the early results are encouraging – it's up about 11 per cent so far this year. 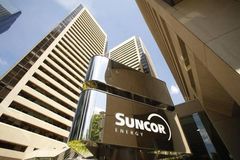 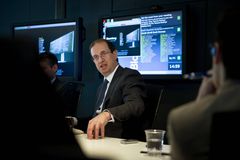