One of Qatar's largest banks is considering expanding its presence in Canada by opening a full-scale branch in the next two years – assuming a costly economic blockade imposed by its Gulf neighbours can be resolved.

Doha Bank has two staff at a representative office in Toronto, supporting trade missions and bilateral delegations aimed at bringing new investments to Qatar, but has ambitions to push into transactional banking on Canadian soil "within one to two years," its chief executive officer, Raghavan Seetharaman, said in an interview on Monday.

An economic standoff in the region has put pressure on Qatar's trade relationships, prompting the small, energy-rich country at the heart of the Gulf states to try to expand its bilateral and banking ties beyond its core markets in Asia. Since June, Saudi Arabia has led an economic blockade of Qatar, backed by other neighbours in the region, alleging among other things that it supported terrorism – which the country's government denies.

Doha Bank is now making diplomatic overtures, seeking to build new business relationships abroad. Dr. Seetharaman recently travelled to New York and Washington, and was in Toronto on Monday, where he pitched opportunities in Qatar to potential investors at an event with the country's ambassador to Canada.

"The Gulf is a bigger opportunity for Canada … especially as NAFTA is being challenged for Canadians," Dr. Seetharaman said in a breakfast interview at a downtown Toronto hotel. "Our medium and long-term plan is to have a full-scale branch. Time will tell."

He added that he hopes to begin discussions about building Doha Bank's branch banking capabilities in Toronto "the minute the crisis gets defused." The new branch would have 15 to 20 staff "to start with."

As a financial institution that focuses heavily on financing trade as well as corporate and commercial banking, Doha Bank is looking to hedge against a potential slowdown in global trade flows. The North American free-trade agreement is being renegotiated, the long-awaited Trans-Pacific Partnership has been shelved and Europe is showing signs of protectionist sentiment as United Kingdom works toward leaving the European Union.

"I'm worried about the division in the world," Dr. Seetharaman said. "Global trade has slowed down. It's a major issue."

A number of Canadian firms already do business in Qatar, from infrastructure giants such as Stantec Inc. and SNC-Lavalin Group Inc. to the University of Calgary. Doha Bank counts several smaller and medium-sized enterprises from Canada as clients, including Newfoundland-based College of the North Atlantic, which operates a campus in Doha, Qatar's capital city.

Doha Bank is trying to build its brand equity abroad by stressing Qatar's progress on issues of compliance, social justice and human rights, as well as its business-friendly flat tax of 10 per cent and its close ties to energy industries, particularly natural gas.

But its international progress may yet hinge on finding a resolution to the blockade. The country saw an outflow of foreign deposits in recent months – which Dr. Seetharaman dismisses as a "knee-jerk reaction" – and the nation's banking sector needed an infusion of funds from its sovereign wealth fund.

"If the crisis continues – I hope not – then our market risk will be more and we have to put on hold the incremental exposure" to other countries, he said.

Dr. Seetharaman admits the blockade "was a rude shock for me," and "should not have happened." But he also claims that the effect of the blockade on his bank so far is "not significant," even though its branches in Dubai and Abu Dhabi are at a standstill.

In Canada, he sees a "neutral" partner with a growing relationship and solid existing ties with the domestic banking industry.

"The idea is to open up the Gulf for Canada," he said. 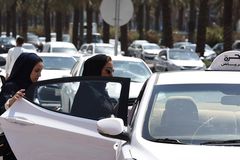 Qatar Airways reverses decision to buy into American Airlines
August 2, 2017
Follow James Bradshaw on Twitter @jembradshaw
Report an error Editorial code of conduct
Due to technical reasons, we have temporarily removed commenting from our articles. We hope to have this fixed soon. Thank you for your patience. If you are looking to give feedback on our new site, please send it along to feedback@globeandmail.com. If you want to write a letter to the editor, please forward to letters@globeandmail.com.
Comments