TMX Group Inc.'s retiring chief executive officer Tom Kloet says he did what he wanted to do in a very busy six-year tenure at the company. The next stage of the strategic push to make TMX more international requires a successor willing to put in five years to make it happen, he says.

Mr. Kloet came to TMX as the first outsider to Canadian markets to ever run the company. His goal was to make the market and clearinghouse operator more diverse and international, and to repair the tattered relationship between the owner of the Toronto Stock Exchange and its customers. It didn't turn out quite the way he planned it. What would have been his signature transaction – a merger with the London Stock Exchange Group Plc – was derailed by a higher bid for TMX from a group led by most of Canada's big banks. That, however, came with its own opportunities. The resulting transaction gave TMX ownership of the country's stock clearinghouse, something the company had long coveted.

"I felt like I had achieved most everying I wanted to do when I came," Mr. Kloet said in an interview, adding that the decision to leave TMX after spending 33 years in the exchange business was "100 per cent" his. "A smart CEO needs to know when he's made his contribution."

Now, the company needs to "internationalize even further from a products and services point of view," Mr. Kloet said, adding that there is "potential for us to take some of our know-how elsewhere in the world." One of his most recent deals was to team up with the Santiago stock exchange to create a market modelled on the TMX-owned TSX Venture exchange.

The next TMX CEO will also need to "get value from what the institution has." That is, an increasingly diverse collection of assets, including a business that handles transfers of stock between investors, clearinghouses for derivatives and stocks, markets for energy and equities, and even an investor relations business.

What Mr. Kloet built actually gets only about a 10th of its business from trading stocks, where profits are increasingly hard to come by, and he said he believes that the future is in a broader set of businesses.

"Exchange groups continue to extend their products and services beyond just exchanges," he said. The idea of buying other exchanges to get bigger in trading is mostly passe, he explained?

Mr. Kloet was a surprise choice to lead TMX. After the resignation of then-CEO Richard Nesbitt, most of the focus was on internal candidates, one from the old TSX and one from the Montreal Exchange. By picking an outsider, TMX's board tried to defuse a potential conflict, and also signalled that there was going to be a different focus.

TMX's fraught relationship with its customers, mainly over pricing, had driven a group of banks to go so far as to start a big competitor to the Toronto Stock Exchange, Alpha Group, which TMX ultimately came to own. The company's relationship with customers, while not without grousing, is now much smoother. Mr. Kloet said his successor will have to focus on that.

"The key is to make sure that you understand they are your partners in distributing your product. Not everything we are going to do is going to be popular with everybody, but we have to work with the sell side community in developing new products and introducing new technology. You have to listen with respect to pricing, and try to find the right point where you price your product correctly. This institution is only as good as the participant firms that can operate in it. If they don't make money, we are not going to make money." 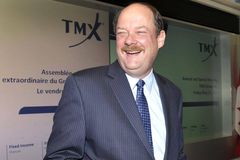 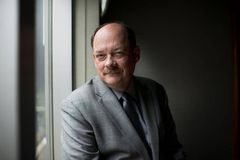 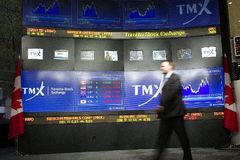