An Australian cobalt company backed by mining financier Robert Friedland is considering a listing on the Toronto Stock Exchange, sources familiar with the matter said, as demand for the battery-making metal soars amid supply shortages.

The company, called Clean TeQ Holdings Ltd., is already public in Australia and has seen its stock hit a record high thanks in part to a spike in cobalt prices this year.

Clean TeQ is talking to investment banks Macquarie Capital Markets Canada Ltd. and BMO Nesbitt Burns Inc. about a number of options, including raising additional funds through a Canadian offering, or a straight listing on the TSX, without raising new money right away, sources said.

The company, which is co-chaired by Mr. Friedland, has yet to decide on which option it may pursue, or whether a transaction proceeds at all, according to the sources, who spoke to The Globe and Mail on the condition of anonymity because the information is not yet public.

A spokesperson with Clean TeQ told The Globe that it has a policy of not responding to market speculation. Macquarie declined to comment. BMO did not immediately respond to a request for comment.

Mr. Friedland is Clean Teq's biggest shareholder, with a 16.5-per-cent stake according to Thomson Reuters. With a net worth, according to Forbes, of $1.3-billion (U.S.), he's known for founding Ivanhoe Mines and developing big deposits.

He developed the Voisey's Bay nickel deposit in Labrador, which was sold to Inco for $4.3-billion (Canadian), and later developed a vast copper resource in Oyu Tolgoi, Mongolia. Mr. Friedland, who is now based in Singapore, declined comment for this story.

Founded in 1990, Clean TeQ went public in 2007 and has a market valuation of roughly $740-million (Australian). The company owns the Syerston nickel, cobalt and scandium project in New South Wales, Australia, which is not yet in production. Clean TeQ's shares rallied this week after it raised its expected cobalt production target by 30 per cent.

The stock has also moved higher this year in line with the price of cobalt.

The metal is trading around $59,000 (U.S.) a metric tonne on the London Metal Exchange, a year-to-date increase of about 80 per cent. Cobalt has been one of the star performers in the metals markets this year because of a combination of strong demand and tightening supply. The metal is a byproduct of copper and nickel mining and a key ingredient in batteries for both electric cars and smartphones.

The Democratic Republic of the Congo has the world's richest reserves of cobalt, but owing to concerns over the use of child labour, buyers have looked to other sources of supply.

Clean Teq would not be the first cobalt company to make it to public markets in Canada this year. In June, Cobalt 27 Capital Corp., a pure play on physical cobalt, raised $200-million (Canadian) in an offering on the TSX Venture Exchange.

After spending the best part of five years in the wilderness, mining has staged a comeback on the Canadian public-offering market.

Over the past month, three new mining IPOs have been announced, including Luxembourg-based zinc miner Nexa Resources SA, which is planning to raise $750-million (U.S.) in a dual listing in Toronto and New York. Nexa would be the biggest IPO in Canadian mining in a decade.

Higher metals prices, years of cost-cutting in the industry and renewed interest from investors are some of the reasons there is more activity in the market. 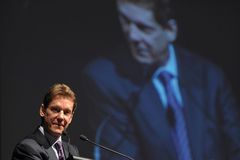 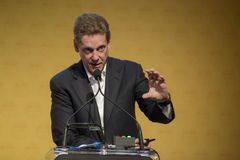 In South Africa, a Friedland-backed mine is told to stop exhuming historic graves
December 4, 2016
Follow Niall McGee and Rachelle Younglai on Twitter @niallcmcgee @rachyounglai
Report an error Editorial code of conduct
Due to technical reasons, we have temporarily removed commenting from our articles. We hope to have this fixed soon. Thank you for your patience. If you are looking to give feedback on our new site, please send it along to feedback@globeandmail.com. If you want to write a letter to the editor, please forward to letters@globeandmail.com.
Comments