The University of Toronto has a big job ahead to replace Roger Martin, the energetic leader of its business school for the past 14 years.

Mr. Martin publishes prolifically -- his eighth book, a business tome about corporate strategy, is due out in February -- and he is a fixture in Toronto's business community. It's hard to imagine who could bring the same profile to the Rotman School of Management after he steps down next June, a year before his final permitted term as dean was set to expire.

But Mr. Martin says the good news for the search committee is that there are internal candidates at the university who can compete head-to-head with the other global candidates who will inevitably be considered for the job. He is already championing his five associate deans -- departmental leaders who have been elevated in recent years to prepare a cadre of strong succession candidates.

"One of the things I started to do at the end of my second term was to put in place associate deans who are now potential candidates to be the next dean," Mr. Martin said in a recent interview. "They've had two or three years to get ensconced in their jobs and they're all doing great."

But before we look at those potential short-list candidates, what about Rotman's two vice-deans, Jim Fisher and Peter Pauly?

Mr. Martin said his Number Twos both have indicated to him they "absolutely, positively" have no interest in the top job. Both men are in their sixties, and would be unlikely to make the typical 10-year commitment expected from a new dean. (Ten years is two terms in office -- the maximum allowable for a dean under typical circumstances, although Mr. Martin was renewed for a rare third term.)

As our contribution to assist Toronto cocktail chatter for the next year, here is a rundown of five names to watch from Rotman's faculty ranks:

Kenneth Corts, associate dean, undergraduate education
Mr. Corts is director of Rotman Commerce, a joint undergrad business program with the faculty of arts and science. He teaches economics and has served as editor of the Journal of Industrial Economics.

Beatrix Dart, associate dean, executive degree programs
Ms. Dart oversees Rotman's executive MBA programs and is executive director of the Initiative for Women in Business. She previously worked as a consultant at McKinsey & Co. and serves on several outside boards.

Anita McGahan, associate dean of research
Ms. McGahan is director of Rotman's PhD program and a professor of strategic management. A Harvard MBA and PhD, she previously worked as a McKinsey & Co. consultant.

Mihnea Moldoveanu, associate dean of the full-time MBA program
Mr. Moldoveanu is director of the Desautels Centre for Integrative Thinking and a professor of business economics. He has a parallel business career as founder of Redline Communications Inc., a leading manufacturer of equipment for the wireless broadband telecom industry.

The search committee will undoubtedly look at candidates from around the world, so there's no guarantee the next dean will come from existing Rotman ranks. Mr. Martin himself was a management consultant from Monitor Group, albeit one with a deeply wonkish and academic bent. Basically, any prominent business executive who leaves a job in the next year will face speculation about whether they're heading to Rotman.

Business schools have often liked to make non-academic appointments of business executives to bring business cred and donor money to their programs. But those appointments can be tricky if the candidate doesn't understand the unique issues involved in overseeing fiercely autonomous academics. Just ask McMaster University in Hamilton, which had to set up an advisory committee to investigate an avalanche of complaints about former business dean Paul Bates, who was a brokerage industry executive with no academic background prior to his appointment.

Whoever is selected at U of T, don't expect an announcement soon. University rules require a complex search process that begins with the formation of a sprawling 15-person search committee with reps from faculty, students, other university departments and independent members. A new dean may not be in place until mid-2014, and an interim dean will probably be appointed to fill in until then. 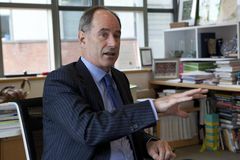 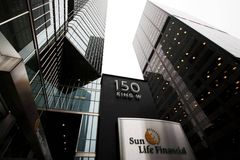 Natural gas liquids no saviour for Encana
Subscriber content
October 24, 2012
Follow Janet McFarland on Twitter @JMcFarlandGlobe
Report an error Editorial code of conduct
Due to technical reasons, we have temporarily removed commenting from our articles. We hope to have this fixed soon. Thank you for your patience. If you are looking to give feedback on our new site, please send it along to feedback@globeandmail.com. If you want to write a letter to the editor, please forward to letters@globeandmail.com.
Comments