Eric Sprott, one of the most vocal critics of the global financial system, wants to start a bank. But it won't be like any bank most people are used to seeing.

Mr. Sprott and the asset management firm he founded, Sprott Inc. , are investing in an Ontario-based currency trading company known as Continental Currency Exchange Corp. They, along with the current management of Continental, are applying to federal regulators for permission to turn the 17-branch operation into the Continental Bank of Canada. They expect to get a decision early next year.

The bank Mr. Sprott and his partners envisage would seek to address all the things that Mr. Sprott has warned against in the global financial system, such as too much leverage and a lack of confidence in paper currency.

Continental Bank would take deposits, but it would make no loans, unlike most current banks that are built on a model of lending out far more money than they actually have on hand.

Taking it a step further, customers who don't trust government-issued currency may some day be able to keep their deposits in the form of gold and other precious metals that they could tap for everyday purchases. That idea is in keeping with Mr. Sprott's musings about chequing accounts backed by precious metals – customers could deposit gold, then make purchases by cheque and have their accounts debited accordingly.

"Our firm, Sprott Inc., and Eric have taken a very committed view that the financial system requires a substantial reset," Sprott Inc. chief executive officer Peter Grosskopf said in an interview. Given that, "Eric has always thought that offering consumers access to an unlevered bank is a good idea," he said.

In a levered financial system, relatively small losses by banks on their loans and investments can push a bank close to collapse. This bank would have no leverage and instead would make money thanks to profit margins on services such as selling foreign exchange and precious metals.

"It's the old commerce model of providing service instead of credit," said Scott Penfound, vice-president of operations at Continental Currency.

Mr. Penfound will stay on to manage the business and he and his family will continue to own 49 per cent of the company. Mr. Sprott and Sprott Inc. would together control 51 per cent of the bank, with Mr. Sprott having the larger share. Sprott Inc.'s stake would be a passive one, Mr. Grosskopf said.

Fear of financial system meltdown and a loss of value in paper currency as central banks print more and more money drove gold to record highs approaching $2,000 (U.S.) an ounce before last week's big selloff in financial and commodity markets.

Much of the buying has been driven by people who share Mr. Sprott's concerns about the financial system and who believe that some day gold and silver may once again be the foundation of commerce. Mr. Sprott wrote in a July commentary that he believes that "gold and silver are the ultimate alternative for a chequing account in a vulnerable banking jurisdiction."

One of the criticisms of gold as an alternative to paper currency has always been that it is not very practical. Secure storage is an issue, and it is not easy to take a few ounces to the store to buy groceries or to pay for the dry cleaning.

Being able to write a cheque against an account at an institution that actually holds physical gold or silver brings the idea of precious metals as an everyday currency closer to reality.

To be sure, the gold-based banking idea is a long-term goal. For Continental, having a stamp of approval from regulators will set it apart from other companies operating in the foreign exchange and metal sales businesses, Mr. Penfound said. The company will also have more capital, thanks to the new investors, to expand and to deal with regulatory requirements.

Another more immediate benefit of a banking licence is access to the interbank foreign exchange trading system, which would allow Continental to offer more services to customers, Mr. Grosskopf said.

For example, instead of simply offering to exchange Canadian dollars for foreign currency at its branches around Ontario, Continental could sell its clients pre-paid currency cards that they could take when travelling to foreign countries.

"We can sleep at night because risk is not something in the model," Mr. Penfound said. 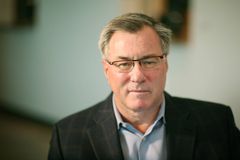 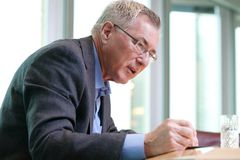