On Monday, Starlight Investment announced the launch of its new endeavour, Starlight Capital, along with the appointment of Mr. Mitchell as the firm's CEO and chief investment officer. The company also appointed of Graeme Llewellyn, as Starlight Capital's chief financial officer and chief operating officer.

Mr. Mitchell met Starlight Investment's president and CEO Mr. Drimmer in 2010, during the initial public offering of TransGlobe REIT, where Mr. Mitchell was one of the largest investors at the table. Starlight subsequently took the TransGlobe REIT private in 2012, in a $1-billion takeover.

"It was always Daniel's longer-term plan to eventually create a publicly traded listed securities manager," Mr. Mitchell said in an interview with The Globe and Mail.

Starlight's Mr. Drimmer said hiring Mr. Mitchell will "accelerate the growth of our asset-management platform." The new business will include funds that invest in publicly traded real estate companies and are sold to individual investors, along with the company's existing REITs.

Larger investment companies such as Brookfield Asset Management Inc. also offer a variety of real estate vehicles to clients, ranging from direct ownership of buildings for institutions such as pension plans to retail-focused funds that invest in publicly traded securities.

Starlight Capital will be pursuing necessary regulatory registrations and expects to launch its first fund for investment shortly.

Mr. Mitchell has been a well-known figure within the investment community for the past 15 years, managing more $3-billion throughout his career. Most recently, he spent more than a year with Sprott Inc. as senior portfolio manager and senior vice-president before the sale of the firm's mutual fund business, Sprott Asset Management LP, forced him to take another direction last summer.

"Sprott had made a change in its strategic direction and as soon as I joined there were negotiations happening around the asset manager," Mr. Mitchell said. "When I looked at the business plan going forward, it didn't really match with what my forte is, so we amicably parted ways."

Prior to Sprott, Mr. Mitchell was chief investment officer for Sentry Investments, where he also managed the Sentry Global Growth and Income Fund/Class and Sentry Global Balanced Income Fund. In 2015, Sentry announced it had ended its 10-year employment relationship with Mr. Mitchell, which stunned many in the managed money industry. Reasons for the departure have never been publicly discussed by either Mr. Mitchell or Sentry executives. 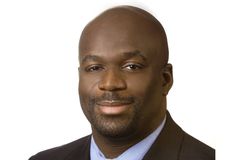