BlackRock Asset Management Canada Ltd., a subsidiary of the world's largest asset manager, said Tuesday that it intends to switch the listing venue for five of its exchange-traded funds (ETF) from the Toronto Stock Exchange to the Neo Exchange.

The assets under management of the handful of funds that BlackRock is planning to move to the Neo is $844-million. In all, because these funds have multiple share classes, 12 listings will be moving.

This is not the first time BlackRock Inc. has decided to diversify its ETF listings across several exchanges. This year, the New York-based fund manager moved 11 of its ETFs in the U.S. off of NYSE Arca Inc. and onto markets run by Nasdaq Inc. and Bats Global Markets Inc. It takes a similar approach in Europe, too.

"Diversification fosters competition, which fosters innovation," Warren Collier, head of the Canadian iShares business, said in an interview. "This is an important part of our global listing strategy."

For the lesser-known Neo, the migration by BlackRock will bring Neo's listings to a total of 13. Invesco Canada, a backer of the company behind the Neo, listed a PowerShares ETF on the nascent Neo Exchange in March.

"You need to get that first one and then you need to make people feel comfortable," Jos Schmitt, chief executive officer at the Neo, told The Globe. "This is a pivotal moment for our listings business."

ETFs are the latest battleground in Canada's newly competitive listing business. So far, the Neo has put a small dent in the TSX's dominant position in this space.

BlackRock alone currently has 126 ETF listings on the TSX, including multiple share classes for some funds. The total sum of these funds is $50.5-billion, according to data provided by BlackRock.

Still, the Neo has to start somewhere.

Given the dearth of new corporate issuers, the country's stock exchanges are looking at ever-popular ETFs – and the trading volumes they are attracting – as their ticket out of the continuing slump. These funds have become the hottest, most-marketable products for asset managers and have amassed a following among retail investors.

In the U.S., there is a concern that there are too many ETFs available in the market and that uptake for new ones is slowing down. Mr. Collier says the Canada is far from reaching peak ETFs.

"In a variety of asset classes like the fixed-income space, for example, I'd say we're just getting started," Mr. Collier added. "I'd say we're still in the early stages in the development of the industry in Canada."

The migration of these iShares funds to the lesser-known Neo is expected to occur during the fourth quarter, subject to regulatory approvals.

While the Neo has made inroads with ETFs, the venue is still trying to persuade the first corporate issuer to list on its exchange.

He believes the Neo has a chance to lure mid-cap issuers that are dealing with poor liquidity and visibility on a much more crowded TSX. "I think that's where our sweet spot is," Mr. Schmitt said. 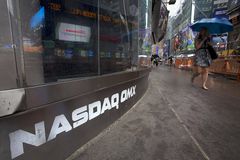 In the listings game, TSX holds the best cards Subscriber content
May 16, 2018 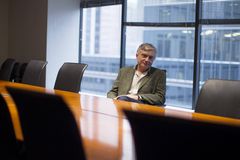 Aequitas Neo Exchange makes a play for a piece of ETF pie Subscriber content
May 16, 2018 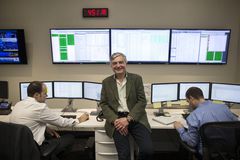