Heavy are the heads that wear the crowns, and the two new co-leaders of Bank of Montreal's U.S. personal and commercial banking business have some tough work ahead of them.

Come June, the U.S. P&C group will be run by two new people because the current head, Mark Furlong, is retiring. Dave Casper, the current head of commercial banking, and Alexandra Dousmanis-Curtis, the current head of U.S. retail banking, will assume joint leadership. They inherit a business that isn't suffering by any means, but one that has yet to prove that its earnings power – something BMO is desperate to demonstrate.

Since buying Marshall and Ilsley Corp. for $4.1-billion (U.S.) just under five years ago, Canada's fourth largest lender still hasn't shown the acquisition was a smart one. Mr. Furlong, who used to run M&I, took over as the U.S. head in 2011, and over the past year he, as well as the Canadian leaders, have tried to stress that the bank has turned a corner south of the border.

If you look at the headline numbers, things do look good. Last year the U.S. P&C unit posted a profit of $654-million (Canadian), which was 11 per cent growth. But that's in Canadian dollars – the loonie's depreciation relative to the U.S. dollar certainly helped. In greenbacks, profit climbed only 3 per cent higher. Expenses also grew faster than revenues.

Such slow growth isn't entirely the bank's fault. The Midwest's economy in particular was battered by the financial crisis, and has been one of the slowest regions to rebound.

The U.S. lending market is also incredibly tough for loan margins, because there is so much competition – something Toronto-Dominion Bank has also stressed is a problem for its own U.S. unit.

But moving this ship into a higher gear is important for BMO because it's crucial for their growth story. The biggest Canadian banks are keen to prove they have diversified business models so that they aren't overly susceptible to slowing domestic P&C businesses.

The U.S. is also near and dear to the top leadership at BMO. CEO Bill Downe split his time between Chicago and Toronto for many years, and Frank Techar, currently BMO's chief operating officer, used to run Harris Bank. When he was promoted to COO in 2013, he was tasked with integrating the Canadian and U.S. platforms.

BMO's U.S. situation isn't horribly bleak, by any means. The bank has demonstrated strong growth in commercial loans south of the border, which continue to grow at double digit rates. The Federal Reserve is also moving closer to raising interest rates as the U.S. economy picks up speed, which should help with the weak loan margins.

However, the big question is whether BMO's loan growth success can be replicated in personal banking – something that's tough to do, as the bank's top brass have acknowledged.

"It's hard to have growth when there is zero growth in the market," Mr. Downe said of the U.S. personal lending environment at a bank conference in January, chalking up the problems to the U.S. savings cycle. "The savings rate has been much higher for five years than it was for the previous decade."

While that's been rough for lenders for the past few years, BMO is hopeful the tide will turn. "Consumer balance sheets have been getting progressively stronger and stronger and stronger, so the capacity to utilize credit has been increasing," Mr. Downe added. That will be especially beneficial for home ownership, which ties into BMO's dream of ramping up U.S. mortgage lending.

The bank also stresses that the Midwest market has roughly the same population and gross domestic product as Canada, so there growth potential there is serious – if only the region's economy will pick up. 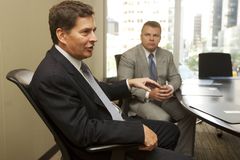 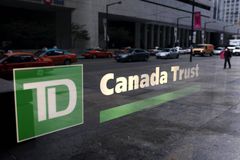 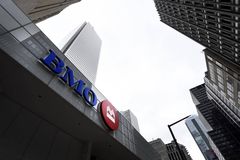